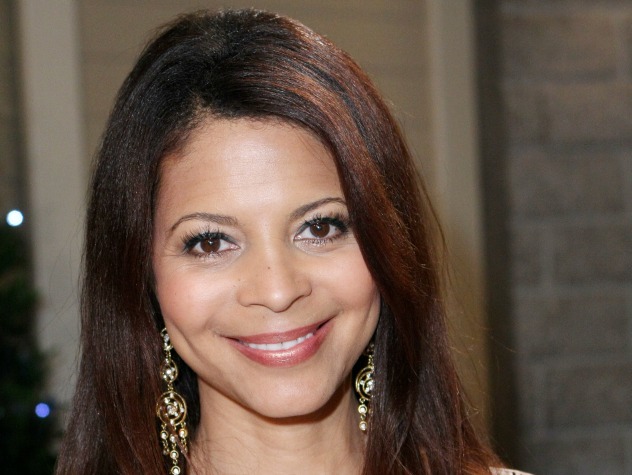 * Helped Jonah when he was the vigilante known as The Pacifist.
* Kept the secret about how Marlo really died.
* Kept quiet that Isaac was actually Hope's biological son.
* Bribed/blackmailed Cameron Reese so that she could keep Isaac.
* Leaked information to the tabloids about Hope's past.
* Committed adultery with Brandon Walker while separated from Abe.
* Committed adultery with Tek Kramer while having problems with Abe.
* Lied to Carrie that she and Austin would have children with genetic defects (after being blackmailed by Sami).
* Became Chief of Staff January 29, 2008
* With EJ and Tony, she made a decision to leave Stefano to vegetate so he won't hurt anyone again, after Marlena secretly drugged him to make it look like he had a stroke.
* Her son, Theo, was recently diagnosed with autism, while her husband, Abe, is Salem's newly elected Mayor.
* Learned that Chad Peterson-Woods is her half brother.
* Working for EJ now as Health Commissioner.

Who's played Alexandra (Lexi) Brooks Carver over the years?

Lexi was adopted as a baby, without knowing she was adopted. Her aunt Frankie (Celeste) was always a big part of her life. When Lexi came to Salem. She fell for Abe Carver and the two married in April of 1989.

In the early 1990's, Lexi began having feelings for Abe's brother Jonah. It was more of a flirtation than anything. She helped Jonah "clean up the streets" of Salem and once she learned that Jonah was a Pacifier, Lexi was kicked off the force - for helping him. She started medical school, even though the PD was willing to reinstate her. She fought her feelings for her husband's brother and they each moved on.

Lexi followed Abe and the rest of Salem to Aremid, which is a mysterious city where Stefano owned a home. It was there that she found she was adopted and who her real parents were. After a long goose chase to find out who her real parents were, through gravesites, and paperwork, she found that Celeste was her mother - not her aunt, and Stefano DiMera was her father. She found that her mother wanted her to escape the 'DiMera Curse', so she gave her to her sister to raise.

Abe and Lexi tried to get pregnant but to no avail. She became a resident at University Hospital and was becoming closer to both of her parents, but when Vivian Alamain got her to help convince Stefano that she was dying. In the beginning, Lexi went along with it. Her conscience got a hold of her and she tried to stay away from the DiMera control. Abe and Lexi gave up on having children of their own, and decided to adopt. Stefano talked them into adopting the child of Rolf's niece Marlo. What they didn't know was that he switched Marlo's baby with Hope and Bo Brady's baby at birth. Abe and Lexi ended up with Bo and Hope's baby, Isaac. Lexi eventually realized the truth but couldn't give little Isaac (Zack) up. She left town with Isaac and upon her return, custody had been relinquished to Bo and Hope Brady. Lexi was forced to give up Isaac and was prohibited from seeing the child.

Lexi had a fling with Brandon Walker and learned she was pregnant. She didn't know who the dad was, but when the baby was born, paternity tests were done. Abe was the father, but Sami switched the results - Brandon confronted her. He thought the child was his. Lexi shocked him and Sami by telling them that she planted the paternity test, saying Brandon was the father so that she could prove that Sami switched the results! Abe was the father of little Theo, and Brandon was thrilled to know he had a little brother - once over the sadness of knowing the child wasn't his. Brandon then revealed he was Abe's son from Faye Walker.

The day that Theo was to be christened, Abe was shot "dead". Lexi was devastated but was comforted by family, friends, and ISA officer - turned police officer - Tek Kramer. She then found out that Abe and the others were alive and once Abe returned, they were together. She felt guilty about her feelings towards Tek and had trouble ending the relationship. Abe went blind and impotent and Lexi tried to stand by him but he pushed her away, right into Tek's awaiting arms! Tek and Lexi had sex in her office at the hospital. Alex North and Sami saw the two together and blackmailed her. It was soon revealed to Abe, by the 'black glove crimes' that Lexi and Tek were having sex, and Abe threw Lexi out. Since then, Abe and the Salem PD used Lexi in the investigation of the 'black glove crimes' to find out what she knew about EJ Wells. It turned out that she knew nothing, and during their time together, Lexi and Abe got back together! They're now happy but currently trying to find out why Abe's vision has been coming and going.

Lexi was in a car accident with TEK after he witnessed EJ shoot John Black at a warehouse in December 2006. She and TEK were said to have disappeared together, although Celeste thought that Lexi is being kept somewhere by EJ Wells, her half-brother. Turns out that Celeste was right. Tony had been keeping Lexi in the tunnels that run under the DiMera mansion to Doug's Place. He kept her against her will until Bo, Hope, Doug and Julie found her when looking for information about the DiMera/Brady Feud.

Lexi and Abe got back together and she started work at University Hospital once again. Shortly thereafter, she became Chief of Staff. She recently found out that Stefano suffered a stroke (though he didn't- Marlena secretly drugged him to make it look like he had a stroke.) and she, Tony and EJ made a difficult decision to leave Stefano to vegetate so he won't hurt anyone again.

Eventually, Stefano came out of his vegetative state and his relationship with Lexi is now strained since Stefano felt abandoned by her for putting him in long term care.

Lexi and Abe's son, Theo, was recently diagnosed with autism, which caused a strife between her and Abe. Lexi and Abe sought a therapist and worked on their marriage and family issues. They continue to work together to cope with Theo's Autism. Due to a hectic work schedule, Lexi felt that she wasn't paying enough attention to Theo. She quit her job as Chief of Staff, but she still practices as a doctor at University Hospital.

With Stefano out of his vegetative state, and Abe being newly elected as Mayor of Salem, Lexi is learning to cope with the many changes in her life. She is mostly seen at University Hospital when somebody has taken ill.

Lexi learned recently from Stefano that Chad Peterson-Woods is her half brother and that Stefano had a relationship with Chad's mother Madeline several years ago. She invited him into their family and offered to help ensure Stefano doesn't try to take over his life.

Lexi currently stands beside Abe in his campaign for re-election as Mayor of Salem. She was shocked to see that EJ is also running for Mayor and disapproves of his campaign and effort to undermine Abe.

Lexi took the position EJ offered when he became mayor as Health Commissioner of Salem and soon started having migraines. She fainted in Abe's arms one night and Daniel ran tests. Celeste returned to Salem with her son, Cameron when Lexi learned she has an inoperable tumor in her brain and after making sure her father and Abe were able to get over their past, she passed away in Abe's arms in the garden. She was seen as a ghost a few times after her passing to Theo who felt comforted by this.