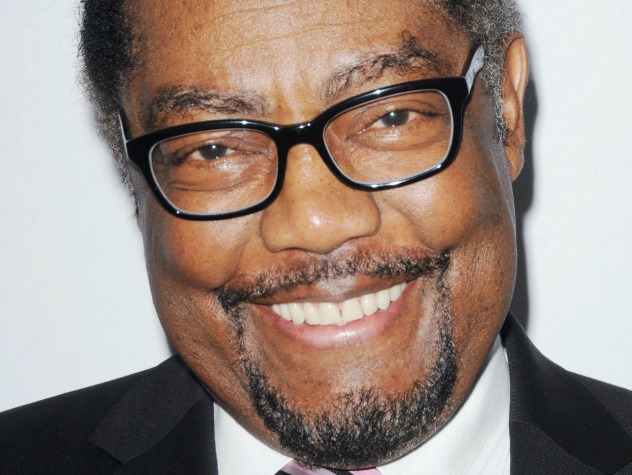 * Full name is Abraham Washington Carver.
* Sued by Brady Black for shooting him.
* Had s retina transplant surgery twice when the first one failed
* Is married to Lexi Brooks Carver and they share a son, Theo, who was recently diagnosed with Autism
* Was Salem PD Police Commissioner for years and is now Mayor of Salem
* Learned he had a daughter with Tamara Price - Lani Price, in November 2015.

Who's played Abe Carver over the years?

Abe grew up in Salem with brothers, Theo and Jonah. His passion for justice started young, but amplified after Theo was killed by a crooked police officer. Abe joined the Salem Police Department determined to rid the city of, filth including international crime lord, Stefano DiMera.

Abe was the police officer who investigated Anna Brady's claim that she was sold into white slavery. She had reported the existence of her secret Swiss bank account to her husband, Roman Brady.

He had a relationship with a woman named Nikki Wade, but this was cut short after he stood her up at a debutante ball in favor of heading up a drug bust. Before Abe's promotion to police chief, he met and married Alexandra (Lexi) Brooks. Just after their marriage, Lexi went searching through Aremid's files for her adoption records. She found out that her mother (Frankie Brooks- AKA Celeste Perrault), whom she'd always thought was her aunt, was actually her mother. She also learned that Stefano DiMera was in actuality her birth father. Conflict has risen many times in Abe and Lexi's marriage due to the presence of Stefano.

His next major storyline involved the Aremid wedding of Peter Blake and Jennifer Deveraux. Abe was caught up in the investigation of Tony DiMera's murder. Abe and Lexi went to Paris to find Marlena when Stefano kidnapped her. They ended up finding and saving Marlena and catching Stefano but were unable to prosecute him, because only Stefano had a drug that would save Roman's life. Abe, Lexi, and John helped break Stefano out of jail and later he was pardoned for his crimes after returning to Salem with the drug Roman needed.

Later, Abe and Lexi adopted baby Isaac, thinking he was the child of Stefano's alcoholic niece, Marlo. Isaac was actually Bo & Hope's son who Stefano had switched at birth. Abe was later appalled to learn that Lexi knew of the switch, but hid the truth from him. Abe filed for divorce and after Lexi helped Hope Brady and her son Zack, Lexi and Abe reconciled.

Shortly after, Brandon Walker came to Salem with a deep hatred of Abe. Lexi slept with Brandon during a weak moment and became pregnant, not knowing who the child's (Theo) father was, but this was soon resolved. The baby was Abe's and they reconciled for good. Brandon's presence caused issues for Abe until it was revealed that he was Abe's son, by Faye Walker. After some time, Abe and Brandon embraced each other as family, and have since had a good relationship.

Abe was shot dead on the day of Theo's christening. He was the first victim of the 2003 Salem serial killer. (Marlena)

Months later he turned up on a remote tropical island, (melaswen/newsalem) which was a complete replica of Salem. His "ghost" started appearing to Celeste and Lexi, (this was not explained). He worked together with Roman and the others and got off the island. Abe was reunited with Lexi and Theo but went blind and learned he was impotent. His anger shone through and he became paranoid that Lexi was cheating with Tek. She wasn't at the time but did so soon after, and stopped her affair when Abe found out from the 'gloved one' (EJ Wells - Stefano and Susan's son) and their marriage was in turmoil for a while until he used Lexi in the EJ Wells investigation, then fell back in love with her. They stayed together.

Recently, Lexi disappeared and now Abe is bringing up Theo with Celeste. His eyesight has started to deteriorate and he recently underwent a second retina transplant. Lexi has been found (in the tunnels under Doug's Place and the DiMera mansion, where Tony has kept her all these months against her will) and is now awaiting word on whether this transplant has worked.

Lexi and Abe were reunited and after going through some tough times with their working schedules, their son, Theo, was diagnosed with Autism. This caused strife between the two but they saw a therapist and worked on their relationship and family issues. They continue to work together to cope with Theo's Autism.

Abe quit his job as Police Commissioner and worked freelance for awhile before he ran for Mayor of Salem and won. He then appointed Bo Brady as police commissioner as his first act of duty. He and Bo vow to work together to make Salem a better, less corrupt city.

Recently, he was struck by the Salem mugger and is now working with Hope Brady and SPD in order to find out who this mugger is. It was found that Hope was the mugger while under the influence of a sleeping aid and Abe is relegated to the background, though he and Lexi recently discussed having another child.

Abe decided to run for mayor once again and went up against EJ DiMera. EJ played a few rotten tricks on Abe, who has allowed Jennifer to retaliate and do what they could to ensure EJ stayed out of office. Abe was able to keep the DiMera out of office and went on to be mayor for many years. After Lexi died from brain cancer, likely caused by her time being held in the tunnels underneath Salem, Abe was alone. He cared for Theo and continued his work as mayor. He had a heart attack and the on-call doctor, who had just returned to town for a visit, was a blast from the past - Dr. Valerie Grant. The two struck up a friendship and began dating. Valerie decided to stick around and continue her work in the hospital. When Salem PD's new commissioner, Lt. Raines, was found to be involved in a counterfeiting scheme, Abe allowed himself to be bait for the FBI. Eli Grant and Abe made it appear as though Abe was Dario Hernandez's partner in crime, and they arrested him. Val went berserk. She, and the rest of the Salemites couldn't understand how anyone could think Abe would commit any crime. Soon, this drew out Raines, and they were able to arrest him and reinstate Abe's good name. It was then that Abe asked Rafe and Hope if they'd like to apply to SPD as commissioner, when Roman turned the role down, wanting to stay retired.