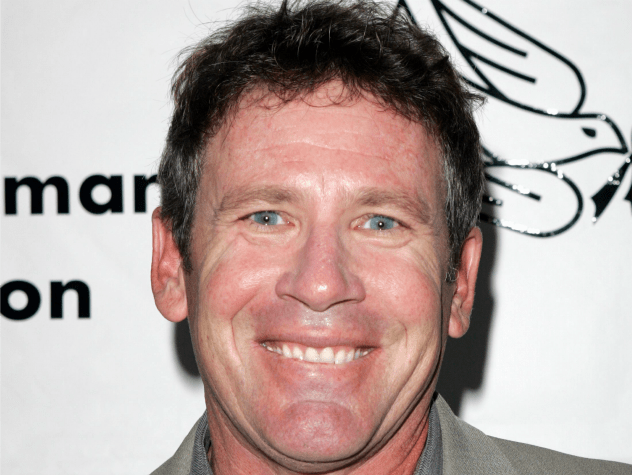 Steve Blackwood (Bart Beiderbecke on Days of Our Lives)

Steve Blackwood is a native of Detroit, Michigan. Steve is not only an actor but a musician! He's a well known jazz and blues artists. In January 2003, Gold Label launched Steve's CD 'I Don't Worry About A Thing' nationwide, and then in the fall of 2005 he released CD "Jazzbaby", which was recorded with Cybill Shepherd! His style is a cross between the jazz and the blues and one can often see him play in San Francisco!
Steve takes time away from his music to play fun loving DiMera henchman, Bart Beiderbecke on occasion, much to the delight of fans.

Steve studied acting in New York with Uta Hagen and appeared off-Broadway as well as headlined as a singer at Tramps! In Los Angeles, Steve has appeared on many primetime shows including NYPD Blue, Judging Amy, he has also appeared in films such as Nightwatch and Ole Bornedal, and in Theatre in Oleanna, Happy Birthday and Time of Your Life.

Steve has been awarded the Matilda Award for Lifetime Achievement in Theatre from Oakland University. His first TV role was on "Quantum Leap" as a racist KKK member. He got his role in Days by chance, where the casting director for Days (Fran Bascom) saw him in a play, and she cast him as the henchmen building a secret getaway for Susan Banks (Eileen Davidson).

Steve is married to wife Karen (15 years!) and the two have a seven year old daughter named Nichole.