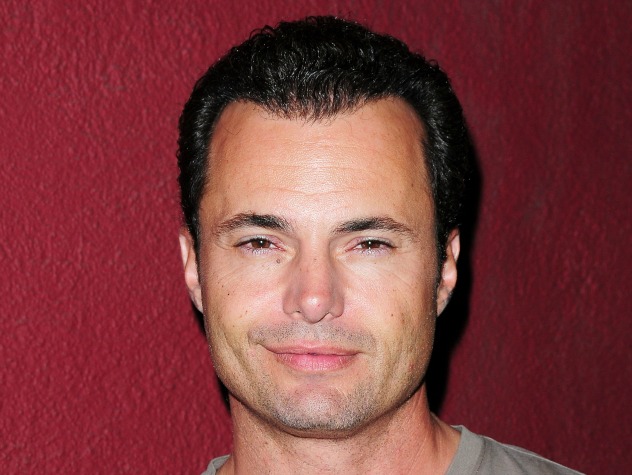 Matthew Borlenghi (Mayor Anthony Marino on Days of Our Lives)

Matthew Borlenghi is known for his versatility as an actor, starring in several television series and films, which run the gamut from comedy to heartthrob to cop and smooth-as-silk killer. Prior to his current role as the Mayor of Salem on the hit NBC series, “Days of Our Lives,” Matt first came into the spotlight as ‘Brian Bodine’ on All My Children, opposite Kelly Ripa.

Matthew too a break from starring in front of the camera, perfecting his craft in the theater by starring in well-reviewed productions including “Laura.” He returned to daytime television in 2002 with a stint on The Bold and the Beautiful, as ‘Ziggy Deadmarsh,’ a role that executive producer/creator, Bradley Bell, created specifically for Borlenghi.

Next up was a string of roles in independent films ("Skeletons in the Desert"), which Matthew chose because of his desire to be involved with small projects that could grow into something substantial, and guest-starring stints in prime-time staples including "Dexter" and "Without a trace", among many others.

“Skeletons” and its set of circumstances laid the groundwork for his last feature, "JACK RIO", which he produced as well as starred in. "JACK RIO" is based on the short film "Jack", which Borlenghi wrote, directed, produced and starred in two years ago. “Jack” played in several film festivals, and won several awards, with audiences constantly asking Borlenghi "what happens next?" However, it wasn’t until Borlenghi crossed paths with Gregori J. Martin, Gerald Kessler, and Meadow Williams, founders of Gruntworks Entertainment, that he found a way to answer that question.

"JACK RIO" is the embodiment of the belief that if one dares to dream, and works hard enough to make the dream reality, one can taste the sweetness of success. With little to no budget, and Borlenghi asking favors of people that he had worked with or befriended throughout his career, his role as producer and lead actor on "JACK RIO" was an uphill battle at the start. But with a wonderful screenplay by Martin, based on a story by Borlenghi and Martin, people were attracted to the project, and one domino fell after another until the end result was the controversial, polarizing, and compelling film "JACK RIO". The film also stars Mary Kate Schellhardt, Sean Kanan, Meadow Williams, James Patrick Stuart, Monti Sharp, Brian Krause, Mark Arnold, Jonathan LaPaglia, and Nadia Bjorlin.

Matt spends his leisure time with his wife and beautiful 3-year old daughter. He is highly sought-after on the celebrity golf circuit as well as in poker tourneys and is an avid Michael Connelly fan, vowing that his ultimate role is as "Harry Bosch".

Special thanks to Matthew's publicist for this information.