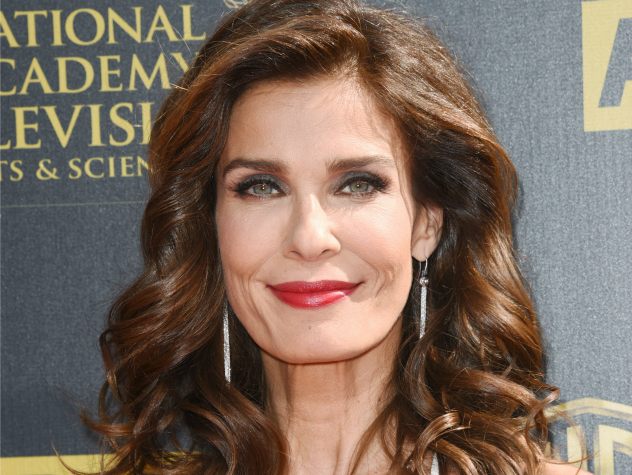 Kristian-Joy Alfonso, who grew up in Brockton, Massachusetts, was an above-average student whose extra-curricular activities were divided between rigorous ice skating and dance classes. Kristian won the gold medal at the Junior Olympics in figure skating when she was 13-years old. The combination of innate athletic ability and a fierce competitive spirit made Kristian a natural to compete in the Olympics, but an unfortunate bobsledding accident ended both her skating and dancing careers.

That tragedy quickly turned into an opportunity for Alfonso when Wilhelmina, the world-famous modeling agency, persuaded Kristian to enter the glamorous world of cover girls. By the age of 15, Alfonso had graced the covers of 30 international magazines including Vogue and Bazaar. An NBC casting director saw Alfonso's picture in a magazine and cast her opposite Rock Hudson in the movie-of-the-week Starmaker. In 1984, Kristian joined the cast of Days of our Lives. Kristian starred for two years as Pilar Ortega on Falcon Crest. One of Kristian's favorite roles was the cunning Hollywood madam, Lauren Etheridge, on the immensely popular Melrose Place. Kristian's portrayal of Hope Williams Brady on Days of our Lives earned her a Soap Opera Award for "Hottest Female Star" in 1999.

Alfonso currently makes her home in Los Angeles with her son Gino (from her first marriage to Simon Macauley, he is named after her father), her husband, Danny Daggenhurst, his son Spartan, and their son, Jack