Casey meets Elwood outside Java. Elwood gives Casey a test he has swiped for his off a professor's desk.The two discuss the exam, and Maddie approaches, overhearing part of their conversation, she asks him How could you fail your exam? Casey tells her he didn't fail the test, he stayed up all night studying, and he fell asleep and missed the test. Elwood backs him up, saying that he told him to set the alarm, not the buzzer. Casey tells Maddie he needs to go look at something real quick with Elwood and leave Maddie alone at the doors of Java.

As Maddie stands angrily waiting for Casey, Adam approaches and says I know that face, what has my brother done now? Maddie tells Adam that Casey was supposed to hang out with her last night and told her he had to study, then today he told her the story about sleeping through his alarm. Maddie thinks Casey is lying to her and The last thing he needs is a girlfriend in high school Adam tells Maddie that she is The best thing to happen to my brother since the invention of the mp3 player More confident, Maddie asks Adam to wait at Java for a minute while she goes to buy Casey a sweater.

Casey comes back to the front of Java and asks Adam What's the story morning glory? Adam responds I hear you're the one with the story Casey tells him that he wouldn't lie to Maddie. Adam tells him that he knows Casey is lying, and he's only talked to him 12 times in the past year, so Maddie must have figured it out much sooner. As the two fight, Maddie comes back and asks them why they're yelling at each other!Casey tells her they arn't fighting, and he doesn't want to go shopping as they had planned, he's just going to go home and study for his make-up exam.

Simon excitedly greets Carly.He tells her the necklace he gave her looks good, and she asks What if someone finds out this is one of the diamonds we stole from Vienna? Simon assures her no one is going to find out. As they are talking the doorbell rings, and Carly opens the door and find Lucinda there. Lucinda tells them, Thanks to Katie, all of us in this town know more then we ever wanted to know about the two of you When Carly asks Lucinda what Katie wrote about them Lucinda tells them Katie gets dumped by Simon for A conniving sl*t! Angered Carly tells her My children are in school, this is going to be horrible for them! Lucinda tells them that the book is really a good thing for them, it's a best seller, and is great PR for them. After she leaves Carly tells Simon We have to read this book, now!

Katie tells Henry that she feels bad about Oakdale Confidential. She wrote the new pages in a moment of anger, and regrets the decision to publish them. When Henry suggests that the book could potentially be a big flop, Katie gets an idea and goes to the bookstore nearby, asking to purchase all of the copies they have available. The bookstore employee recognizes her as the author and tells her she can have as many copies as she wants, they have plenty more boxes in the back. Katie tells her nevermind and walks away. Katie asks Henry, who's life she didn't mess up with this book. As she finishes her sentence two women run up, excited to meet Katie, who's life in the book is an inspiration to them. Henry organizes an impromptu book signing, and Katie signs book for a line of eager fans. When Katie takes a break, Carly and Simon stop by the bookstore and confront Katie about the book. Henry suggests Carly and Simon read the book before they fight with Katie so they can have an informed discussion. The two leave, and Katie excitedly goes back to signing books. Later after Henry leaves she is handed a book and when she asks who to make it out to Mike's voice says "To my Ex"

Paul goes through the glove box of Dusty's car He replaces the bullets in the magazine that he saw Emily remove earlier.

Meg and Emma talk about Meg's plans to move up her wedding date. Meg tells Emma she hasn't been able to talk to the groom yet, because he won't answer his cell phone. Emma encourages Meg to call again, and Meg calls Paul, leaving a message to stop by the farm.

Emily and Craig talk in the dining room. Emily tells Craig she's replaced the bullets in Dusty's gun with the blanks he gave her but doesn't see how what she's doing is going to bring her any closer to Paul. Without me you are nothing Craig tells her. Angry, Emily picks up her jacket and leaves.

Craig calls Lucy who is paying her bill at Java, Lucy asks him one more time to give up contesting Johnny's adoption because Dusty has a gun. Craig tells her, I know he has a gun, that's why I've agreed to meet with him Craig tells Lucy that he has agreed to meet Dusty at the garage, and he's not going to bring a gun, there's just going to be some chest thumping and they'll work everything out like adults. Craig fakes the phone breaking up and hangs up the phone. As they hang up, Emily walks into Java and Lucy approached her saying 'Please Emily, you're the only one who can save my dad! Emily tells Lucy that she doesn't think Dusty would hurt Craig. She confidently tells her that no one is going to get hurt, and Lucy asks her What do you know that I don't?

Dusty waits for Craig in the parking deck. Craig arrives and Dusty holds up his gun telling Craig I'm not here to talk Dusty tells Craig he doesn't want to use his gun, he hands Craig the papers he sent him contesting Johnny's adoption, and asks him to tear them up. Craig refuses, asking Dusty What are you going to do if I don't? Dusty responds I'm going to leave you on the floor dead! Craig tells him if he tears up the paper's his lawyer will just draw up another set.

At home Simon shows Carly a copy of Oakdale Confidential that he stole from the bookstore. The two read the sections about themselves and laugh. Simon skims forward and tells Carly this is worse than we thought

Paul comes by the farm. Emma tells him she missed him at dinner, and leaves Meg and Paul alone. Meg tells him she wants to get married next week, if he'll say yes. Paul kisses Meg, excited that they are finally getting married!

In the parking garage, Dusty raises his gun to shoot Craig, and Lucy runs out of the shadows yelling No! the gun fires, and Craig falls to the ground, having been shot in the chest.Craig looks surprised the gun actually had a bullet in it. Lucy runs to Craig's side and begs him to stay alive.

Simon tells Carly that everyone knows they stole the crown jewels! 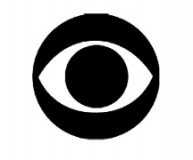 As The World Turns is pre-empted today.

Dusty is Arrested for shooting Craig!