Have you ever seen Pelphrey on stage?

If you'd like to know more about the actor and his past credits view Tom's Actor Profile. 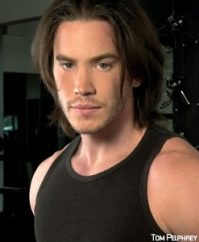 Fans can catch former As The World Turns star Tom Pelphrey (Mick Dante) on stage in New York this summer.

The actor has been cast in the lead of the new play, “In God’s Hat.” The play is set in a rundown hotel as two estranged brothers, one newly released from a jail sentence for pedophilia, meet up to battle over their psychic wounds. Things only get worse when a pair of skinheads arrives and the viciousness spirals out of control.

Playwright Richard Taylor’s work will be having its world premiere in a four-week engagement from Wednesday July 14 until Saturday August 7, at the Peter Jay Sharp Theater, located 416 West 42nd Street on Theater Row.

As The World Turns Video Promo: The Next Step