As The World Turns’ Jon Lindstrom In What Happens Next. (Updated.) 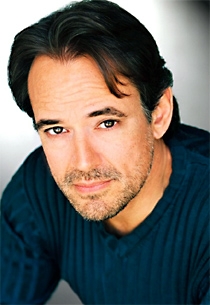 “You Can’t Have it All” is now titled “What Happens Next” and will be released on DVD on February 7. The movie centers on Lindstrom’s character, a gay man who comes out late in life.

If you want to take a look back at Oakdale visit Soaps.com’s As The World Turns Flashback Friday Video: Mick As James.

“As The World Turns” star and Emmy nominee, Jon Lindstrom (Craig Montgomery) will soon be seen on the big screen in the feature film, “You Can’t Have It All.”

The film follows a middle-aged man who suddenly finds himself rich and bored. His sister attempts to distract him by giving him a dog. Walking the animal soon leads him to meet a gay advertiser. Their chance encounter leads to him questioning the choices he’s made in his life.

Billed as a romantic comedy, “You Can’t Have It All” co-stars Wendie Malick (“Just Shoot Me!”) and Chris Murrah. It was directed by Jay Arnold, who co-wrote it with Thom Cardwell. The film is currently in post production but expected to premiere this summer in Philadelphia before going on the festival circuit.

Soaps.com congratulates Lindstrom on his latest project and wishes him all the best.