Horny Casey.
Casey and Vienna had sex again. This time in the hospital. He did his best to make Ali jealous, which wasn't all that hard. It's nice to see Casey in his dopey sex object persona again instead of as the moper he was for awhile. His "relationship" (I use the word loosely) with Vienna is certainly sleazy but it's actually a nice break from most of the other relationships in town. Something about the vacuousness of the two characters makes them quite appealing together and I keep hoping for longer scenes full of awkward, remarkably un-heartfelt dialogue. For her part, Ali turned to matchmaker Katie for help getting a man. Katie, displaying her usual level of intelligence, told her that she was destined to be with Chris. Only moments before, she'd been 'pimping' the doctor out on her to random viewers, a move he didn't appreciate. They're obviously setting things up for a bittersweet Ali-Chris-Katie triangle, but I can't say it's that interesting. They all bring the blandness out in each other.

Strip poker.
Barbara worried about her latest round of tests. Henry played strip poker with her to distract her. It was cute.

C'mon Noah...
Noah opened his eyes and my head shaking started immediately. Luke could barely believe what was coming out of his former boyfriend's mouth as he talked about them starting over again. Even though Noah can barely see, he could still spot the fact that there's more sexual friction radiating between Luke and Reid a hallway away than he's ever experienced. Unfortunately, the usual hints that a Snyder supercouple will regroup (the protests, the insistence that they can't go back, that they've changed blah blah blah) were also all over the place and hinted that they would get back together... eventually. That's the basic logic for supercouple relationships on the show – if there's no good reason for it to happen, it will. It was so sad to see Reid being trapped in this. He deserves better. We all do.

Emmy accolades.
The show received thirteen Daytime Emmy nominations, which sounds like a rather unlucky number. It's actually surprising they got so many considering the fact that most of last year was, to put it bluntly, bad. The actual craftsmanship in terms of acting and design were still top notch, but the plots were erratic and sloppy for the most part. Anyway, I'm glad about most of the nominations, although it would have been nice to see Dolan (Margo) getting a nod for her frequently underused and underappreciated work. For all of the Emmy news for the show, please visit As The World Turns Daytime Emmy Actor Nominations. 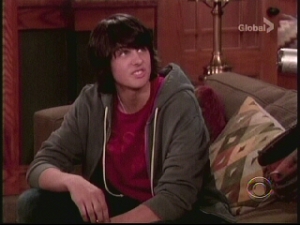 Credit: Luke and Reid still have it (Soaps.com)

Thoughts on the week of May 10:

It wasn’t the most even week, but things did push along rather quickly. Lily got pulled into lying for Craig, not that it took much. Am I a terrible person for enjoying watching him push her around? Maybe. Margo and Jack started putting things together, even though neither of them should be anywhere near this investigation.

Lunacy Squared.
The weird version of vengeful Emma returned to wreak havoc as she tried to help Meg get Eliza back. After Emily made the boneheaded move of running off to investigate a bank robber, leaving Eliza alone in her SUV, the child was nabbed. It looks an awful lot like Emma was behind this bid to make Emily look like an unfit mother. Even Paul was buying into it. Actually, compared to almost everyone else, none of these characters are all that crazy. They just talk about being or going crazy more than everyone else. Which leads me to assume they are probably among the sanest people in town since they can at least recognize this. Who do you think is the most delusional person in Oakdale?

Parker the liar.
Parker tried to stick to the lies his mother told him to tell. He still proved to be a terrible liar, which was rather amusing. I actually wish they would play it more for the humor. The way he plays off of Carly in this situation is really nice and his scenes with Jack were a wonderful bundle of nerves. It was also nice to see that Faith was essentially acting as his mother’s doppelganger and repeating everything she said. It was a good touch that pointed out, yet again, that Parker is the only real adult in his family since his parents seem incapable of moving past their stunted adolescence. Besides Parker’s looming legal problems, Faith also made a move on him. While a little more complexity to his love life is a welcome addition, the fact that she is so much like Carly makes the whole thing a tad disturbing.

As The World Turns Saturday Teaser Poll: Pointing The Finger 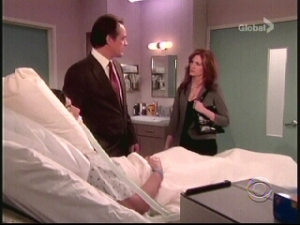