As The World Turns Alum Kristina Sisco Romero Is Pregnant

Soaps.com sends the happy couple our congratulations and wishes them all the best. Another Daytime star just released her own pregnancy news. Check out Days of our Lives’ Alum Christie Clark Pregnant! 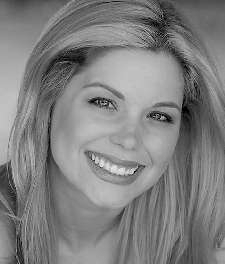 Former As The World Turns star Kristina Sisco Romero (ex-Abigail Williams) is going to be a mother.

She announced on her Facebook account that she is expecting the child to arrive on November 21. This is the first child for Kristina and her husband Dan.

The actress played the role of Abigail from 2000 until 2002, earning two Daytime Emmy nominations in the process. Since then, she appeared in the film “Sands of Oblivion” and played the role of Charity Standish on fellow soap, Passions. Over the past few years, she completed her Masters In Professional Writing at the University of Southern California and has written award winning plays and directed a short film. Last year, she returned to her roots in Oakdale to direct an episode of ATWT.

As The World Turns Video Promo: Railing At Reid

As The World Turns Video Promo: Owing Up