Billy Warlock Is Coming To As The World Turns. (Updated)

No word yet on the role he will be playing or the length of his stay, but Soaps.com will keep you informed of any more information as it becomes available. For a look at which other soap actors are married in real life check out Soap Opera Star Married Couples! 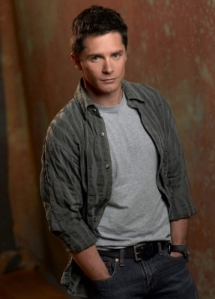 Billy Warlock comes to Oakdale to stir up trouble as Anthony Blackthorn on Wednesday July 6.

Soap vet Billy Warlock will be showing up in Oakdale later this summer.

The actor will already be familiar to some for his roles on The Young and the Restless (as Ben Hollander), General Hospital (as AJ Quartermaine) and Days of our Lives (as Frankie Brady). Of course, if you didn’t catch him on Daytime, you might have seen him appearing scantily clad on “Baywatch” as Eddie Kramer.

In a side note, he also just happens to be married to As The World Turns‘ Julie Pinson (Janet Ciccone) in real life.