As The World Turns Novel Nominated For A Scribe Award. (Updated) 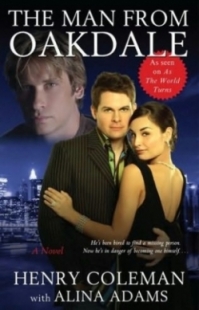 Congratulations go out to the writing team behind “The Man From Oakdale.”

Coleman’s in the running.

“The Man from Oakdale,” the tie in novel by Henry Coleman and Alina Adams which was a hit with many fans of As The World Turns when it was released, has just been nominated for a SCRIBE Award by the International Association of Media Tie-In Writers. The book got a nod General Fiction/Best Novel category.

The winner for this award will be announced at Comic-Con this July. For a little reminder about the novel in question, check out As The World Turns Will Release A Second Novel as well as Soaps.com’s review.

Did you read The Man From Oakdale.answers

Soaps.com wishes the writers the best of luck.