Jennifer Landon And Jesse Soffer Return To As The World Turns. (Updated) 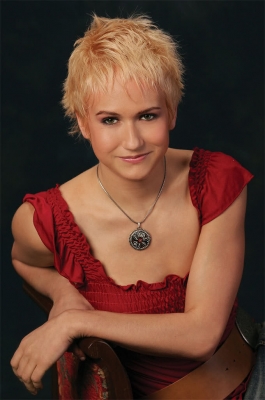 Jennifer Landon (Gwen Munson) and Jesse Soffer (Will Muson) will be returning to Oakdale on Friday July 9. They will also be bringing someone with them. Alexa Kaplan will be playing their adopted daughter Hallie.

CBS Soaps In Depth has reported that Jesse Soffer and Emmy Award winner Jennifer Landon will be returning to the canvas and reprising their roles. The young actors left a lasting impression with fans and critics as Will and Gwen, As The World Turns‘ young supercouple.

Since leaving the series behind in 2008, Landon (Gwen Munson) has been busy doing work on stage and is currently signed to a role in the upcoming feature, “The Goree Girls” starring Jennifer Aniston. Soffer (Will Munson) has appeared on “CSI:Miami” and “The Philanthropist” as well as in the feature, “The Awakening of Spring.”

Soaps.com will keep you informed of more details as they are released. Would you be excited to see them back?