As The World Turns Alum Austin Peck In The Irish Curse 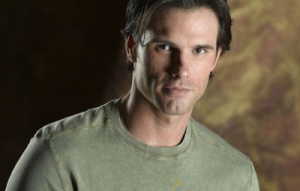 Fans of former As The World Turns star Austin Peck (Brad Snyder) will be able to catch the actor live next month. The actor has joined the cast of the highly anticipated Off-Broadway premiere of Martin Casella’s comedy “The Irish Curse.”

The play examines a group of Irish-American men who meet every Wednesday night in a support group for men with extremely small penises. The comedy has already been a hit at fringe festivals with its probing of the male obsession with body image, masculinity, and sex. Co-starring with Peck will be Dan Butler (better known as Bulldog on “Frasier”), Roderick Hill, Scott Jaeck and Brian Leahy.

Performances will be at the Soho Playhouse, located at 15 Vandam Street (between Avenue of the Americas & Varick Street), beginning on St. Patrick’s Day, March 17. The official opening night will be Sunday, March 28. Performances will run from Tuesday until Saturday at 8 PM and Sundays at 7 PM. There will also be matinees on Saturdays and Sundays at 3 PM. Tickets are $59.

For tickets and more information, please visit The Irish Curse.

Find out what we had to say about Austin in our 2009 Best/Worst in Soap Operas.

As The World Turns Video Clip: Craig And Carly Kiss 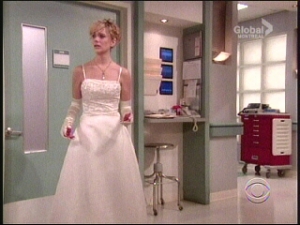