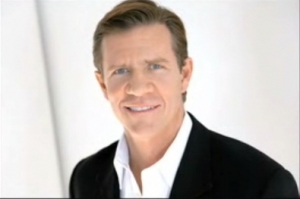 Former As The World Turns actor Tom Wiggin has joined force with the USO for the “Songs For Soldiers” campaign. Their plan is to give an MP3 player to every American soldier currently serving in Iraq and Afghanistan. The unique MP3 player, called Flatflash Duo, was designed especially for combat conditions and is weather resistant, shockproof and sand-proof. For more information on the campaign and how you can lend your support, please visit Songs For Soldiers.

Wiggin played Kirk Anderson on ATWT from 1988 until 1998. After leaving the series, he appeared on such TV shows as “The Bronx is Burning” and “Independent Lens.” He also had a recurring role on fellow P&G soap, Guiding Light (as Lawrence Decker). Most recently, the actor played the role of Mr. Pierce in the yet to be released film, “Trophy Kids.” 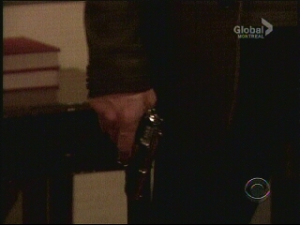 As The World Turns Saturday Teaser Poll: Caught By A Bullet