The Mick story. While I would never argue that this story is particularly good, I really do enjoy it, albeit with a kind of detached bemusement, which I doubt was the desired effect. Something is seriously askew when Paul seems to be the sanest person in a plot. The fact that half of the people involved have been brainwashed to varying degrees goes some way to explain how they've been behaving, but maybe not far enough. Mick spent most of the week hypnotizing Emily into letting him help her get pregnant. She finally snapped out of it and filled Paul in while Mick was busy seducing Alison after tormenting her at her shower. Casey put on a cock eyed optimistic grin as he contemplated his future. Alison was busy cuckolding him the whole time, though that may have been because she was under Mick's spell. Even more dubiously, Barbara is still going along with him and comes off as a desperate and rather dumb woman. Finally, at week's end, Paul threatened Mick and Barbara blurted out that he is really James.

There are good things about this story. It's been remarkably successful at creating an atmosphere of menace. The filming, lighting and sound work have all been very strong. The acting has also been full of interesting choices and there's a great sexual tension both between Mick and Alison and Mick and Barbara. One of the interesting things about the Mick problem, which will become even more explicit in the next week or two, is that, like the majority of other characters trapped in this plot, he doesn't have that much of a psyche. Little in this story has been written according to the normal rules of realistic narrative. It has sustained itself purely by suspending the notion of motivation and mocking the idea of character's having a historical continuity. To the extent that the story works, it does so because it eliminates motive and psychology, leaving a huge void to fill with uneasiness and speculation. In effect, it's a kind of psychological horror story where there is lots of story and horror and almost no psychology.

On the opposite end of the spectrum, the CarJack story is a romantic story which is all psychology and no plot. It's just been a consistent plodding for years of two characters in arrested psychological development. The more meaning they infect their environment with (the endless regurgitation of the paraphernalia of their past which this week was present in the coffee cups in her kitchen), the more vacuous their actual plot becomes. There can't actually be a plot development because the story was over years ago, they just forgot to tell the characters and let them get on with their lives. Instead, they persist in their own retarded story mode and suck the life out of everything that surrounds them. CarJack aren't alone in that, you can find a similar situation in half a dozen super couples spread around soapdom because, while they are good for publicity, they are appalling for everything else. They just become an itchy sore to be continually scratched.

But what really kills me about CarJack isn't just that they render everything they get involved with irrelevant because the inevitability of their reunion is always there like it's written in stone, it's how that situation ruins so many other possibilities. Everywhere you turn, plots fizzle. Liberty's story could be a good, heartfelt soap story, but it has been overshadowed from the get go by this and relegated to a sideshow. Craig, one of the most complicated and devious character ever in Oakdale, has been rendered into a banal third wheel. And even if Dusty's presence can make Janet seems interesting, that's always shortlived since it inevitably always comes back to CarJack. 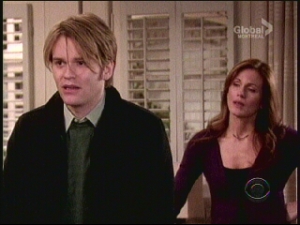 Thoughts on the week of February 1-5.

After about six or seven fairly consistent weeks, something seems to be going haywire. Although it should have felt like the climax or the near climax of a few stories, something is missing.

The early part of the week focused on Noah‘s blindness story. Things continued to warm up between Noah and Luke, but Luke agreed to keep his distance since Dr. Oliver demanded it. For his part, Oliver found himself becoming Katie‘s new roommate much to the chagrin of the romantically frustrated Henry. This means that Oliver is the very noisy third wheel for two somewhat dysfunctional relationships. So far, if you can accept how convoluted both situations are, his presence is actually adding a lot. It’s always nice for Henry to have some kind of enemy, especially one who can shoot out one liners even faster than he can. Henry’s panicky personality is a nice clash to Reid’s deadpan one so it’s rather promising. His role in the Nuke story is a little more underwhelming but that could change if he gets past simple verbal sparring with Luke.

There are a few other honorable mentions before examining the two plots which took up most of the week. Lucinda ran around town doing what she does best, making jabs and telling people off. She’s been gloating about Damian’s disappearance and hired a PI to make sure that he stays gone. Dusty got to act as comic relief by having flour dumped on him. Liberty managed to be achingly pathetic as she was taken advantage of by a sidewalk fortune teller. Lisa showed up for Alison’s bridal shower and acted as the entertaining referee between Susan and Margo. In fact, all three of those frequently underused women were a pleasure to watch. As has frequently been the case with the show over the past couple of years, it’s the more peripheral stuff that is often the most charming.

However, most of the week concentrated on two stories: The CarJack and Janet plot and the Mick plot. Each of these stories form textbook examples of the most generic forms of soap opera plot to exist. That’s not a bad thing, of course, but what’s interesting, to me at any rate, is just how they’ve been playing with them. Sometimes, it really feels like they are being written like it’s an arbitrary assignment rather than an organic development related to anything else in context. 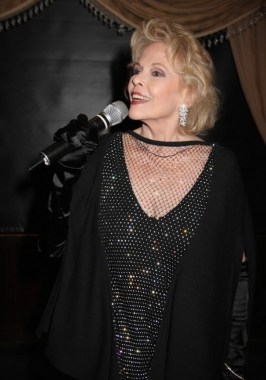 As The World Turns Saturday Teaser Poll: Alison Gets Caught 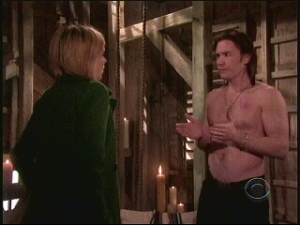