As The World Turns’ Billy Magnussen In Twelve 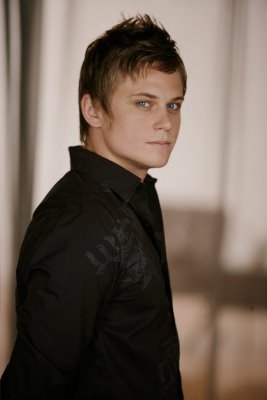 As The World Turns‘ Billy Magnussen (Casey Hughes) has just had a film premiere at the prestigious Sundance Film Festival. It’s called “Twelve.” The busy actor plays the role of Claude, a young man who loses it in a very bad way and lurches off to take it out on some drug addled party kids. Although Billy has been getting good reviews, the film hasn’t fared quite as well with critics or audiences.

“Twelve” was directed by Joel Schumacher, the man responsible for movies like “The Lost Boys,” “The Phantom of the Opera,” “Flatliners,” and the 80s classic “St. Elmo’s Fire.” It stars an eclectic cast of up and coming and established performers including Chace Crawford, Emma Roberts, Kiefer Sutherland, 50 Cent Rory Culkin and Zoë Kravitz. Expect for the film to tour the festival circuit before hitting major theaters or the DVD market later this year.

Magnussen has been keeping busy lately. He currently has a film called “Choose” in post-production. He plays the role of Paul in that film, which follows a journalism student on the trail of a killer. For more of Billy’s acting credits, please visit his Actor Profile.

As The World Turns' Paolo Seganti's...