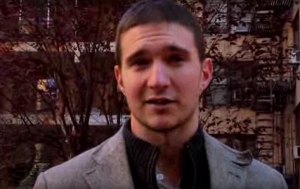 Life seems to be imitating art a bit as As The World Turns‘ Jake Silbermann (Noah Mayer) rides down a similar road as his on-screen persona as he ventures to becoming a filmmaker.

Silbermann has written the script for a short film called “Stuffer.” It follows a female officer named Vasquez, as she returns from the front lines of Afghanistan. While over there, she was drawn into smuggling heroin to save her family’s home from foreclosure. Arriving back in America is a shock. Everything is economically battered but, to her surprise, her husband has actually managed to solve their financial problems himself. She tries to keep her smuggling a secret, which may be hard when she meets her stateside contact, Haken (played by Silbermann), an unhinged ex-Special Forces operative.

“Stuffer” will be directed by Nathan Crooker on location in Fitchburg Massachusetts over 4 days. They are currently looking for funding for the film. Those who contribute are eligible for a variety of gifts. If you would be interested in contributing, check out their page on Kickstarter.

Soaps.com wishes Silbermann the best of luck on this exciting new project. Did you know that Jake won a spot in our Sudzies Awards? Find out where and read the full list of winners in Soaps.com’s Third Annual Sudzies Awards Winners!

As The World Turns Video Clip: Is...