As The World Turns’ Alexandra Chando In Country Road K 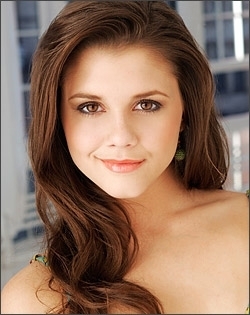 If you’ve been enjoying Alexandra Chando’s recent return to As The World Turns as Maddie Coleman, you may be keen to know what else she has been up to lately. The young actress has also been hard at work bringing a rather different kind of fiction to life. She is part of the cast of the upcoming horror film, “County Road K.”

The independent film tells the tale of a mysterious stranger spending a night in a secluded home with a family who harbor a violent past and a deadly secret. It was written and directed by comic book author Philip Gelatt. Production began late last month in New Jersey. It should see a release late next year.

Soaps.com will keep you informed of any further information about this project as it is released, and as always, keep an eye on our ATWT News Room for all the late breaking news!

As The World Turns Video Clip: Next...