If you’re a basketball fan then this may be good news for you, but if you’re not a sports fan and you would rather see ATWT, I hate to be the bearer of bad news, but ATWT will be pre-empted on Thursday, March 15 as well as Friday, March 16. On Thursday, March 15 from 12:30 pm until 5:00 pm (Eastern Time) CBS will air the NCAA Basketball Tournament: First-Round Games. On Friday, March 16 from 12:30 pm to 5:00 pm (Eastern Time) the NCAA Basketball Tournament: First-Round Games will continue.

Due to the NCAA Basketball Tournament there will be no updates written for ATWT on March 15 or March 16. Although the updates won’t be written, the usual weekly poll and star of the week will be created. Moreover, as always, you can still discuss ATWT on our lively message board until regular programming returns on Monday, March 19. 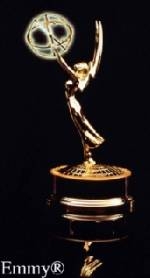