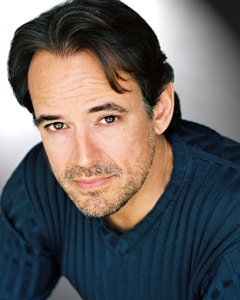 Since the cancellation was announced, Jon Lindstrom will no longer be attending this event.

As The World Turns‘ Jon Lindstrom (Craig Montgomery) will be taking part in the 2009 Care 4 Colorado Toy Drive. Lindstrom grew up in Oregon and is always eager to get back there any chance he gets, especially to help out with a good cause.

On Saturday, he’ll be making a guest appearance on CBS 4-KCNC TV before heading over to the Molly Brown House, then King Soopers in Broomfield from 10 AM until 11 AM to encourage the public to donate to this worthy cause. Toys will be collected until December 31 and will be distributed at Christmas parties.

In addition, one lucky local could win the chance for a special lunch with Lindstrom. They will have the opportunity to dine with him at Coronas Mexican Grill. For your chance to enter, visit Broomfield.

As The World Turns Cancelled