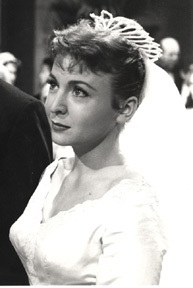 We haven’t seen her around Oakdale for awhile but Rosemary Prinz (Penny Hughes) has been keeping busy. The veteran actress will be starring in a new production of Neil Simon’s “Lost In Yonkers.” The award winning play follows two boys coming of age as their raised by their eccentric relatives.

Prinz debuted on Broadway with Walter Matthau in 1952’s “The Grey-Eyed People” before embarking on a busy career on and off Broadway. She is probably best known from playing As The World Turns‘ Penny Hughes, a role she originated and played from 1956-1968. With Jeff Baker, her character was half of the first real supercouple in soap history. Although she was rumored to have a negative relationship with the show’s creator, Irna Philips, she still made limited return appearances to the series all the way up until 2000. The actress also had roles on “Ryan’s Hope,” “Knots Landing” and All My Children.

The Maltz Jupiter Theatre’s production of “Lost in Yonkers” will run from December 1-13 and then plays the Cleveland Play House from January 8-31, before moving to Paper Mill Playhouse for a run from February17-March 14.

Tickets at the Maltz Jupiter Theatre are available at the theatre box office for $39-$56. You can call the box office at 1-561-575-2223 or or visit the Jupiter Theatre’s website. The theatre is located east of U.S. Highway 1 at 1001 East Indiantown Road and State Road A1A in Jupiter, Florida.

Here’s a clip of Penny and Jeff from the old days.

If you’d like to know what else Rosemary, as well as other ATWT actors, has been up to since leaving the show, please visit our past Where Are They Now article.