As The World Turns’ Billy Magnussen On The Beautiful Life. (Updated) 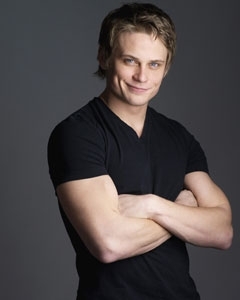 If you don’t get enough of him as Casey on As The World Turns, you’ll be able to catch Billy Magnussen on Primetime beginning this week. The young actor has snagged a role on the Fall’s hotly anticipated series, “Beautiful Life.” The series takes a look at the glamorous, though often brutal, world of fashion and stars Mischa Barton, Sara Paxton and Elle Macpherson.

Magnussen will be playing the recurring role of Alex, the brother of lead character Raina (Sara Paxton) and the holder of many of the secrets from her past. The series is set to premiere on the CW Network beginning on September 16. Please check local listings for more information on when the show will air in your area. For more about the series, please visit the Beautiful Life’s official website.

After airing only two episodes, the CW has canceled "The Beautiful Life."

Producer Ashton Kutcher and his colleagues have made all five episodes of the "The Beautiful Life" available on YouTube. The first three episodes are available beginning today with the other two installments set for release on December 21. This means that fans will have a chance to see the three episodes which did not have the chance to originally air. It also gives Magnussen fans the opportunity to catch a little more of Billy playing a different role. This move is being done in the hopes that the series can expand on its audience and lure in some new sponsors to revive it.

As The World Turns Video Clip: You...