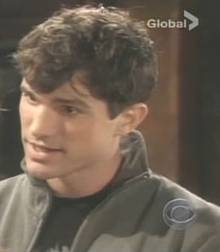 On January 22 at 7PM, Matt Cavenaugh (Adam, As the World Turns) will partake in the reading of “Candida.” Joining Matt will be Blair Brown, Ed Dixon, Annie Golden and Daniel Jenkins.

In 1898, Irish playwright George Bernard Shaw (a.k.a. Bernard Shaw) wrote “Candida.” Sadly, Bernard Shaw died on November 2, 1950 at the age of 94. Before his death, Bernard was one of the most productive writers of plays, books and treatises, which he wrote in the English language. In 1925, he won the Nobel Prize in Literature, and in 1938, he won an Academy Award for Writing Adapted Screenplay.

Matt Cavenaugh will play the part of Eugene Marchbanks, an 18-year-old poet. Similar to his role on As the World Turns, Matt’s character (Eugene Marchbanks) falls for another man’s wife. Will Candida’s husband, who freed Eugene from the streets, react in a jealous manner as Will did on As the World Turns? Be present at The Players Club in New York on January 22 to find out!

For ticket information and directions, visit the Project Shaw website.