Judi Evans Joins the Cast of As The World Turns 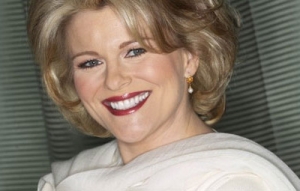 As The World Turns is preparing to welcome another soap vet back into their cast. Judi Evans will be returning to Daytime and joining fellow former Salemite Julie Pinson (Janet) and settling into Oakdale. The actress previously played Adrienne and Bonnie on DOOL (1986-1991, 2003-2008), Paulina on “Another World” (1991-1999) and Beth on Guiding Light (1983-1986) for which she won a Daytime Emmy in 1984.

Details on the character she’ll be playing and what brings her to town are still being kept top secret. In an interview with Soap Opera Digest, Evans jokingly cited moving back to New York as a reason for her new gig. “I need to get back to New York; I have a 20 by 20 storage unit full of furniture that I have to clean out,” she joked.

Soaps.com is happy to welcome her to the show. We will keep you informed of more details on this topic as they are released.

Audiences will be able to see her beginning on August 26.

As The World Turns Poll: What Is...