As The World Turns’ Marnie Schulenburg Stars in Pretty Theft!! 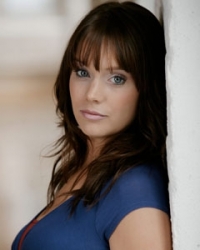 Congratulations to Marnie Schulenburg (Alison Stewart), who has been cast in the play “Pretty Theft” with the Flux Theatre Ensemble. Marnie will play Allegra in the play.

“Pretty Theft” follows ballerina Allegra as she deals with the loss of her father. Allegra falls in with Suzy and then develops a friendship with autistic savant Joe, but the friendship turns violent. Allegra and Suzy go on the run and meet thief Marco, who claims he can’t be caught!

Flux Theatre Ensemble is a group of theatre professionals including playwrights, directors, actors and designers who collaborate to bring original and re-imagined classic plays to the stages. Later this year the ensemble will produce “The Lesser Seductions of History”, a play which follows ten characters through the turbulent 1960s. The play was written by August Schulenburg, Marnie’s brother!

Tickets for “Pretty Theft” are $18. The play runs through May 17, Thursday through Sunday evenings at Access Theater’s Gallery in New York. Visit Flux Theatre Ensemble’s website to purchase tickets or for showtimes.

Soaps.com wishes Marnie the best of luck in her new role!