Two new actors are coming to Oakdale, fans! Over the next few weeks As The World Turns fans will meet ‘Hunter’ and ‘Riley Morgan.’

Evan Alex Cole will play Hunter. The character will be thrown into the mix as Emily’s new business partner. Will he shape up ‘The Intruder’? Or does he want to go even farther into the tabloid business? And what about Dusty? He’s technically the owner of the newspaper because of Worldwide; will he be selling off the paper? We will have to wait and see, but the storyline has definite questions that need to be answered.

The character will first appear on April 30.

The second addition is Riley Morgan, played by Tom Degnan. Very little has been released about this new character, but our sources tell us Riley will have connections with the Hughes family and may or may not be a welcome addition to their storyline!

The character debuts on June 3.

By the way fans, a first airdate has been released for Ed Fry (Larry McDermott); his first appearance will be May 25. Soaps.com has learned that Larry has shocking news for Alison.

Two As The World Turns Video Clips: Katie's Psychic and Another Ransom! 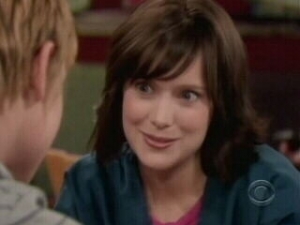