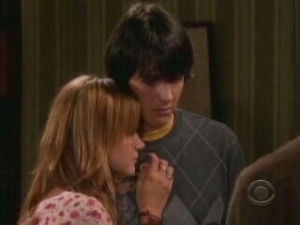 Congratulations to As The World Turns’ Mick Hazen (Parker Muson Snyder) who won a Young Artist Award just a few days ago! Mick won the award for Best Performance In A TV Series – Recurring Young Actor!

You can read about all of the Young Artist Award winners here.

Since the Young Artist Awards weren’t broadcast on television, Soaps.com wanted to share with you a video clip of Mick accepting his award!

For the past year Mick’s character, Parker, has taken a larger role in Oakdale. First with the budding romance with Liberty and now because Parker has decided to go after his trust fund – and marry Liberty to get it! The storyline has fans on both sides of the fence debating the pros and cons of teenage marriage and what both Parker and Liberty – and their parents! – would be doing in real life. All of the debate means one thing: this storyline is certainly hitting home!

Could this mean more awards in Mick’s future? Soaps.com thinks so – and we wish Mick the best of luck!

Congratulations on your win, Mick!

This Week's As The World Turns Video...

Happy Anniversary As The World...