Mistaken for Tamara Tunie: One Woman’s Encounter With Fame 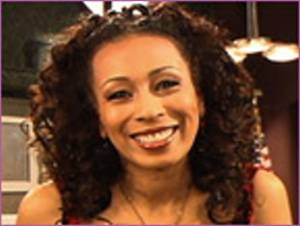 How would you react if someone approached you thinking you were a soap star, but you weren’t? Sharon L. recently had this experience when someone thought she was Tamara Tunie (Jessica Griffin on As the World Turns).

Outside of a local restaurant in Atlanta, one of Tamara Tunie’s fans approached Sharon. She was honest with the fan when she informed her that she was not Tamara Tunie. “I know you’re not supposed to say it’s you,” the fan replied. Sharon conveyed she was a teacher. “Your students must love you if that’s what you really are,” the fan raved. When the fan asked Sharon for her autograph, Sharon said, “Sure, but I’d sign my real name.”

Later, when Sharon filled Tamara in on the mistaken identity, she told Tamara the fan was “such a sweet woman,” and she said the compliment made her day! She went on to say to Tamara, “I admire your work on SVU and remember seeing you on an episode of Sex in the City. I think there was a Showtime movie I saw too.” Sharon thought the mistaken identity was funny, but she said she got a little glimpse on how it can be if you really are famous� “I thought about Oprah. She definitely can’t go anywhere without being noticed!” Sharon continued.

Sharon ended by informing Tamara that she really is a teacher, and she said because of this she doesn’t get to see her on As the World Turns. However, she went on to say that honestly, she didn’t know Tamara was on the show until the “lovely lady” “alerted” her to it.

Since 1987, Tamara Tunie has played the role of Jessica Griffin, a district attorney on As the World Turns. In addition to ATWT, Tamara has also appeared on Law & Order: Special Victims Unit as Dr. Melinda Warner, and on NYPD Blue as Lillian Fancy. In 2003 and 2004, Tamara was nominated for the NAACP Image Award as Outstanding Actress in a Daytime Drama Series.

If you would like to find out more about Tamara, have a look at her profile Tamara Tunie.

Soaps.com would like to thank Sharon for taking time out of her day to send us this story. Thanks Sharon!

As the World Turns - Oakdale...