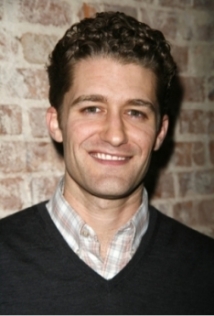 A few familiar faces from Oakdale are getting ready to take on new roles! Soaps.com decided it was high time we reacquaint fans with some of their favorite stars and find out what those stars are up to now!

First up, Matthew Morrison (ex-Adam). Since leaving As The World Turns, Matthew has made it big on the stage. He recently starred in a Lincoln Center production of “South Pacific” in Washington, D.C. and he has also appeared on Broadway in productions of “Hairspray”, “The Rocky Horror Show” and “Footloose”! Matthew’s next role won’t be on the stage, though, he has been cast in the new comedy “Glee” on Fox! The show follows the trials and tribulations of Will (played by Matthew), a teacher in Ohio, who has to take over the school’s glee club. And, since he is a Spanish teacher he is in way over his head! Sounds like a hoot!

Kerr Smith (ex-Ryder) is set to appear in another CW drama. Kerr starred with Alyssa Milano on the series “Charmed”; now is he set to star with Shiri Appleby and Kristoffer Polaha in the series “Light Years”.

Another former Adam Hughes is headed to Broadway! Soaps.com has learned that Matt Cavenaugh (ex-Adam) will star in a revival of “West Side Story”! The show is set to open on January 17 in Washington, D.C. and will then move to the Palace Theatre on Broadway! The Broadway run will open on March 19.

Finally Joseph Cross (ex-Casey Hughes) is now starring in the feature film “Milk” alongside Sean Penn! Joseph plays Dick Pabich in the film. “Milk” is the story of the first openly gay elected official in California.

There you have it, fans, you are up to date with a few former hunks from Oakdale!

Are you curious about a former Oakdale actor? Drop us a note in comments and Soaps.com will try to find out what is going on with your former faves!

New As The World Turns Poll and...