New Poll: Do You Prefer ATWT’s Lucy or Maddie? 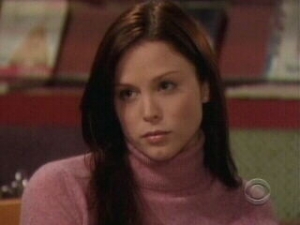 They were only around for a few weeks, but the characters of Maddie and Lucy have left a few ripples in the Oakdale waters!

Although short-lived, Maddie has made Casey reexamine his life and now he seems ready to settle down. Does that mean his future is with Alison?

Lucy, meanwhile, by bringing back Johnny has given Craig and Dusty something more to fight over. Or has she? Lucy made both men promise not to put Johnny in the middle of their battles. Will they stick to their promises?

And through all of this, Soaps.com wondered why both characters had to come back – and leave! – so quickly. We wondered, what do you fans think should happen next?

Should the characters of Maddie and Lucy have come and gone so quickly? Should one of them come back soon? Take our poll below to vote!

And while we’re here, drop us a comment. Did you like Maddie and Lucy’s returns? Or did they fall flat? And, if one character is brought back, which should it be? Talk to Soaps.com about your thoughts below!

Soaps.com Chats with As The World...