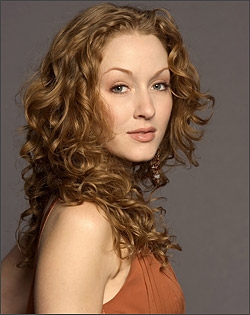 Rumors have been flying for months but it’s finally been confirmed; two-time Emmy-nominated Jennifer Ferrin, who plays Jennifer Munson on
As the World Turns
is leaving the show.

“It was a very hard decision,” the 25-year old actress said. “The show has really become
my family.”

Jennifer joined the cast of As the World Turns in July 2003. When asked about her plans for the future, Ferrin stated that she would be pursuing other opportunities in film, television and theater. Her last appearance on the show will air on July 7th.

Due to the popularity of the character Jennifer Munson, it is expected that the role will be recast.

As The World Turns Celebrates 50th...