Although you all know I'm a fan of Jack and Janet, this is definitely not the best love story of 2008. Janet came to town under false pretenses, tried to break up Brad and Katie and pushed Liberty to help her do this. And when Brad was brutally honest, she started sleeping with Jack. So, undying love? I'm just not buying it. I do buy that both Jack and Janet love one another, I'm just not sold on them as a supercouple.

I have to give it to the writers, I never saw Dusty coming back, but they made it the Best Return of 2008 for me. First, I lurrve me a little Grayson McCouch and second, Dusty is one of those great characters that you just have root for. Is he is bit sanctimonious? Yeah. A little too I'm-Right? Yeah. But his charisma makes all of that loveable!

The Worst Return of 2008? James Stenbeck. Why? Because they just killed him off a couple of weeks later. Seriously, James has such potential, why bring him back after all these years, give him three weeks of story and then kill him off? I just don't understand it! I know he's a ghost and not really gone thanks to Paul's craziness, but Ghost James just isn't the same as Alive James.

Brad and Katie Get Married

Brad and Katie, for me, really are the Best Love Story of 2008. Why? Because neither one is trying to change the other. Brad is a crazy boy of a man and Katie loves it. Katie is a high-maintenance woman who gets into trouble and Brad is always there to pick up the pieces. He might attempt to change her mind but he never forces his will on her. That makes him a great hero and makes them a couple to watch!

I have to say that, for me, the Best Storyline of 2008 was the Everyone Is Crazy Storyline. Who didn't love Chris' mad strip-tease? Emily eloping with Casey? Allie trying to kill herself? Meg seeing Ghost Sofie for months on end? And the fact that Dr. Rick Decker was behind all of it? Even better!

All in all, 2008 was pretty good in Oakdale. We were entertained. We laughed and cried. What more could we ask for? Don't answer that!

What would you like to see happen in 2009? Talk to Soaps.com about it below! 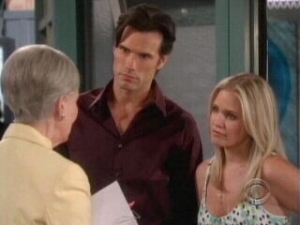 Credit: Everyone loves a ghost! (Soaps.com)

As I started thinking about all of this, the best (and worst) moments of 2008 in Oakdale came to mind. Here are my thoughts on the best, worst, saddest, happiest, silliest and most heartbreaking moments in Oakdale.

Bad, good or ugly, I really like the Sofie character. At the end of 2007, I really felt the pain she felt at not being able to raise her baby. I felt how tough it was to give her up and move on. And then I understood why she kidnapped the baby back. Didn’t agree with her, but I understood where she was coming from! Even when Sofie started acting like a lunatic – accusing Paul of rape and keeping the panties she wore when they made love? Eeeewwww! – I love to watch her antics. She was a hoot. Crazy Sofie, Sad-sack Sofie, Ghost Sofie. She made Oakdale a fun place to visit every single day. For me, Sofie is the Best Ghost of 2008.

I’m actually going to call this one The Best Worst Storyline of 2008. Why? Because it didn’t tell a story! Yes, we saw Barbara’s diagnosis of Oral Cancer. Yes, we saw her trying to hide her illness from her family and yes, we saw a little bit of her treatment.

But where did the story go from there? Seriously, as viewers, we’re fairly sure that she is in remission but the show hasn’t really addressed that. Babs’ cancer just kind of faded into the woodwork and with Colleen Zenk Pinter playing the part it could have been soooo much better! Colleen is an amazing actress, and she has personal experience with Oral Cancer. So why didn’t the writers give the story more play? I’m not sure. But a little more play would have made all the difference for me!

The antics of Craig are another Best of/Worst of. Why? Worst: Because I miss Scott Bryce (ex-Craig Montgomery). He is my favorite Craig of all time. On the one hand it made sense for him to attempt murder and then run but then again, it didn’t. Why not blackmail Katie immediately to be his alibi? Why run? That isn’t Craig’s usual M.O. Best: That isn’t to say that I dislike nuCraig (Jon Lindstrom). He is as close to Scott Bryce’s Craig (again, my favorite incarnation) as the producers and writers could get. Jon is great as slightly snarky, slightly evil and mostly diabolical Craig. And he’s easy on the eyes, too! I wasn’t thrilled with Craig’s dalliance with Dani (another Eeewww! He was almost her father!), but not that she’s out of the picture, I don’t cringe every time Craig comes on screen.

Plus, the chemistry with Carly and the hate-fest with Jack is fun to watch!

New As The World Turns Video Preview Clip On Soaps.com!! 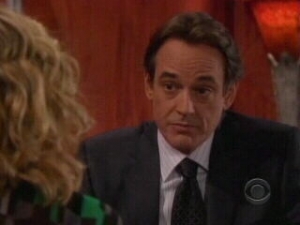