Craig isn't stupid enough to believe that Dusty would so easily forgive and forget. He can't believe that of Paul or Meg, either. You know, I do think he has something in the works for Meg. Every time he sees her his eyes go a little bit soft. Yep, methinks there are some unfinished feelings on Craig's side of the coin. And I think there is a little something brewing with Carly, too! Last time around they both left some scorched earth, so I'm really interested to see how far they each will take things. Not sure a sexual relationship should happen but I love the bantering going on so far. Finally, a man who knows who and what Carly is and accepts it. I love it!

Um, I'm no obstetrician, but shouldn't a many-weeks-premature baby be kept in the NEO-NAT unit a little longer than five minutes? Especially when the baby has breathing problems right off the bat? And what doctor at Memorial doesn't know the difference between Dusty and Paul? And what is going on with Dusty's, "I'm Meg's husband," routine. Was it just me or did the rest of you catch a little something going on with the Dust-Man? I think he might have a few feelings for our little Meg. And that can't be a good thing! Not at all!

Do you ever wonder why soap opera characters go crazy so often? I think it's the water. Seriously, I think there is an omnipotent being in all of the soap operas and I think he spikes the tap water. And then, when he becomes bored enough, he takes away the spiked tap water and the residents all go crazy.

Hey, it's just my theory!

What do you think? Talk to Soaps.com about it below! 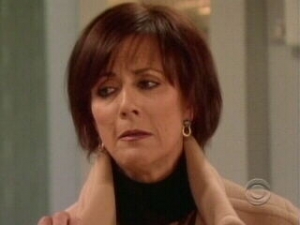 Credit: Craig gets a scare! (Soaps.com)

As The Week Turned
December 15 – December 19

Did you really think we could start anywhere except Paul? Seriously, he’s been driving people (viewers) crazy for months now and finally he is the one who is certifiable!

Did any of us not see this coming? Not only has James been dead for months, but Paul has been focused so much on Meg that it only made sense that he would mess things up. You know what I don’t understand? Why the Meg obsession? I like them well enough together, truly I do, but Meg is no Rosanna. I understood Paul’s obsession with Rosanna, but I feel as if I’m missing out on something in the Meg department. She’s a beautiful woman, she is strong and giving. He loves her. I get it. But to be so obsessed? I’m not so sure about that!

But, back to the craziness, I have to applaud Roger Howarth (Paul) for his on-screen antics on Wednesday and especially on Thursday. No one does crazy better!

I’m glad Craig’s plot is semi out in the open. Katie and Brad are on the same page, he’s sent Dani away and Carly is in on things. I wonder how much farther he will go to get what he wants – and I’m still curious about exactly what he wants. And I still want Margo to get a clue. A big one! 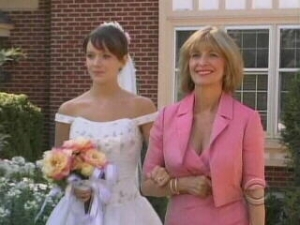 As The World Turns Video Clip Preview: Noah and Luke!!