And, of course, there is Jack. Jack. My sweet. You're thiiiiis close to getting a smack from me. Don't cuddle up to your ex the night before your wedding. Don't tell her you still love her and certainly don't go from her bed to kissing your fiancée. That's just wrong on so many levels!

All I'm going to say is, "What took so long?" Seriously, from the moment Paul started digging up the Snyder farm things have been nutty and you're just now figuring out that Axe-Man isn't playing with a full deck? Seriously! Yeah, Dusty shot him, but there was an axe in the room – right next to his body. Did you think Dusty came to Fairwinds armed with a gun and an axe? Why would he do that?

Why, in general, would he care about Paul? He never has in the past and now he has the Worldwide and Stenbeck fortunes to distract him. Sure Josie tried to fool him but in the grand scheme of things, she came clean long before (in Soap Time) he went to confront Paul.

Now that Meg has pushed Paul out of her life – again – I do wonder what will happen with her. Will she turn to Dusty? Or hide out at the farm?

And what about Dusty? Is this skirmish with Paul just step one in someone's plans? I think so – and I think that someone is Craig!

I'm still in love with Craig. I'm still holding my breath every time he arrives on my television screen to learn just a little bit more about his plans. I want to know why he's helping Dusty. I want to know if he wants Meg back and I want to know just how long he's going to use Dani to get what he wants!

Jack and Janet may be married but I have a feeling things are just getting started. And Meg may have sworn off Paul but I think he isn't done with her yet, either. And I can't wait to see what happens. What did you like or dislike this week, fans? Talk to Soaps.com about it below! 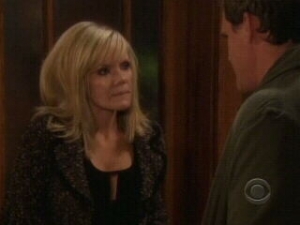 As The Week Turned
December 8 – December 12

Shall I compare thee to a summer’s day?
Thou art more lovely and more temperate:
Rough winds do shake the darling buds of May,
And summer’s lease hath all too short a date:
But thy eternal summer shall not fade.
— Shakespeare

Oh, as great as Shakespeare is, even if Jack or Janet quotes this particular poem, we know that their eternal summer is going to be really short-lived, don’t we?
Oh with the blog!

We touched on this a little bit last week – how Janet needs to get a grip – so I won’t dwell on that aspect. But, seriously, the woman needs to get a grip! Not with the wedding plans now, but what bride at 24 hours and counting tells her groom he can still back out? What woman does that? I would never have said that to my husband and if he had said something like that to me we wouldn’t have been drinking champagne two minutes later. First she wants the big wedding to impress her family. Now she’s telling Jack he can still go back to Carly? This girl needs to figure out what she wants and fast!

There was a huge furor about Carly showing up at Janet’s bachelorette party. On the one hand, I agree with Janet fans. Why would she be there? Obviously the place was closed down for a private party; Carly could have figured out what the party was for – and probably would have been told about it by Henry beforehand anyway. So why would she show up? And, having shown up, why would she stay? On the other hand, it is her bar and if Henry didn’t say anything, it makes sense that she would show up. I’m still not sure on the sticking around part, but at least she has a reason for showing up.

Then there is the whole Jack-begging situation. Carly, sweetie, you need to let the man go. We know you love him (and could Maura West and Michael Park been any more on than they were on Thursday?), but he’s moved on. Telling him that you still love him and crying on his shoulder is just playing in to his ego. I say get yourself a new man, Carly. Take a cue from Emily and see if you can distract Dusty from Jennifer/Josie for a blip or two. Or go out on a limb and pick up a new guy! There have to be more than Snyder men running around Oakdale these days! 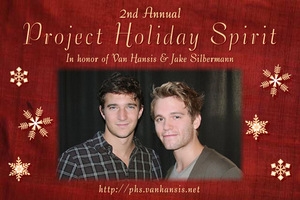 New As The World Turns Video Preview On Soaps.com!