Find out what former soap stars are up to at Soaps.com's After the Soap Finales: Where Are They Now?

Jake McKinnon came to Oakdale from Bay City in 1999 and took over the job as Managing Editor of the City Times. Jake got too close to a story involving Alec Wallace, who was involved in illegal activities. After an attempt was made on Jake’s life, he convinced his pregnant wife Vicky to leave the country, but she died in a plane crash.

Jake and Molly grew close in the aftermath, especially when Molly started seeing visions of Vicky. Jake was wary, but they later realized the visions were messages from Vicky that her and Jake’s babies were alive. She gave birth before she died and the twins were being raised in Canada.

The two fell in love during their search for Jake’s children. Though resistant at first, Molly gave into her feelings and the two married. While they were madly in love, their story ended in tragedy in 2002 when Jake was killed trying to save Molly after she was kidnapped.

Relive a happier time in the video below, as Jake and Molly shared their first kiss. Feel free to share your thoughts and fill in the blanks about Jake and Molly’s relationship in the comments. 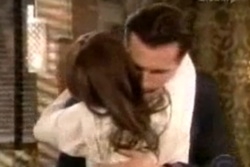 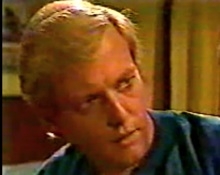