As the World Turns Flashback Video: Steve and Betsy’s Wedding 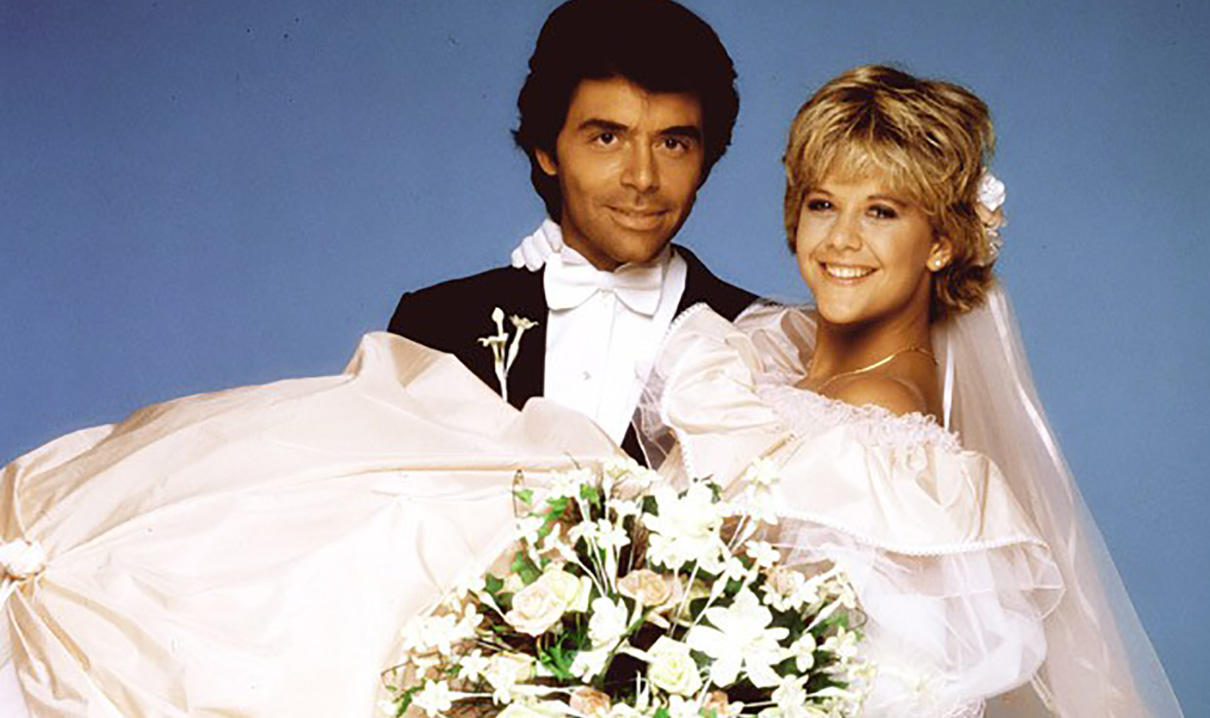 Steve Andropoulos and Betsy Stewart were one of “As the World Turns'” grand love stories. Of course, like all great soap couples, they endured many obstacles, adventures and bad choices during their life together.

Steve and Betsy’s first obstacle was Steve’s brother Nick. With bad blood between the two, Nick, who was married to Betsy’s stepmother Kim, forbade the young couple to see each other. After Nick died from a heart attack following a confrontation with his brother, a guilt-ridden Betsy vowed to stay away from her true love. In order to forget about Steve she quickly married Craig Montgomery.

Although married to another man, she still loved Steve and slept with him. She became pregnant, but believed the baby was Craig’s, so she tried to make her marriage work.

More: Famous actors who started out on soaps

It didn’t last though, as after a lot of manipulation on Craig’s part and the reveal that Betsy’s daughter was actually Steve’s, she left Craig for good. Steve and Betsy were finally free to marry, but the drama was far from over, as the couple went on to deal with Diana, who was pregnant with Steve’s baby (she miscarried), Steve learning he wasn’t an Andropoulos and searching for his real father and Betsy being presumed dead after a car accident.

Once all that was behind them, Steve started throwing his money around in order to make his bride happy. This however landed him in debt. Not wanting to take a loan from Craig, Steve left Oakdale for Greece. It was later revealed that Steve landed in jail overseas for trafficking drugs, leading Betsy to divorce him.

Steve and Betsy may not have had a happy ending, but for a time they were one of the great supercouples. Take a look at happier times, when on May 30, 1984 the popular duo wed.