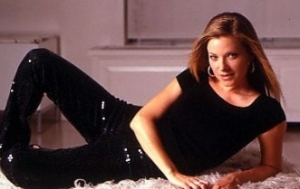 It may seem as if certain stars have just left the Oakdale fold, but it doesn’t take long for some stars to come back as new characters and not always on soaps. I thought it was high time to do another check on a few As The World Turns favorites. Read on for an update!

Soaps.com has learned that Zach Roerig (ex-Casey) has jumped on the “Friday Night Lights” bandwagon! The cult hit has fans glued to the tube each week and Zach will certainly be another reason to watch! Word has it that he will play a rodeo star who gains the interest of Tyra, played b Adrianne Palicki. This year, things have changed for the show, which will be shown on DirecTV beginning October 1. Check your local listings for times.

Spencer Grammer (ex-Lucy) is beginning her third season on ABC Family’s fan favorite “Greek”. She also appeared in the film “Descent”, which follows a college co-ed who is raped and tries to rebuild her life.

With the campaigns for United States President heating up and the National Conventions converging, many stars are taking to the campaign trail themselves. Lauretta Vaughn (ex-Kit) is one of the stars supporting Barack Obama. Lauretta sang the hit “No Mountaintop” at the Street Lights benefit concert for the presidential hopeful.

Wally Kurth (ex-Sam) didn't hang around Oakdale for a long time but he certainly made an impression! Wally, who many also know as Ned from General Hospital has been involved with a new documentary called "Class C"; he is the producer and narrator of the film which follows five girls' basketball teams who compete in the State Tournament in Montana. These girls are from small towns where most local businesses still close on game nights and everyone follows the team. The crew filmed the girls for three years to properly tell their stories. The film is currently making the rounds at film festivals.

Tala Ashe (ex-Ameera) will be seen later this fall in a "Law & Order" episode; she will play Madison in the "Angelgrove" episode. Tala is also starring in a new Pantene commercial.

Cady McClain (ex-Rosanna) is set to star in the independent film "Home Movie" along with Adrian Pasdar and Austin Williams. The movie follows the Poe family who apparently live a charmed life - only their kids could be killers! Sounds like a movie to watch with a good friend to hold your hand, doesn't it?

Finally, Dominic Fumusa (ex-Gray) is set to star in three films in the next year or so. Dominic recently ended filming of "This Is A Story About Ted and Alice" and also "Management". He will also star in "Staten Island", which is slated for release in 2009.

There you have it, fans! You're up to date with several past As The World Turns favorites!

If you have another favorite star you'd like to catch up with, drop us a note in comments and Soaps.com will try to find that information for you!