As The World Turns Throwback Thursday Poll: Proof Of Death 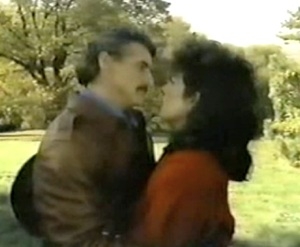 Duncan McKechnie came to Oakdale in 1986 to prevent his wife Shannon O’Hara from marrying Brian McColl. It was revealed the two were married on a drunken lark, but went their separate ways soon after.

Although in town to investigate James Stenbeck, Duncan also wanted Shannon back in his life and refused her requests for a divorce. After some time, Shannon eventually fell for Duncan and they were married again.

However, Duncan’s crazy first wife Lilith appeared and tried to kill Shannon. Fearing for his current wife’s safety, Duncan sent Shannon away. Unfortunately, Lilith found her and sent Duncan proof she had his beloved killed.

Of course, Shannon resurfaced alive and well years later, but what did Duncan receive as proof of her presumed death? Vote and comment on the storyline below.

Test your Pine Valley knowledge at All My Children Throwback Thursday Poll: The Libidozone Effect. Join us on Twitter @soapoperafan, and Facebook. Come tweet and Facebook with us about "As the World Turns," all the other soap operas, "Glee," "Grey’s Anatomy," "Vampire Diaries" and "Venice the Series!"

Stars Who Have More Than 3 Kids: Kim Kardashian & More