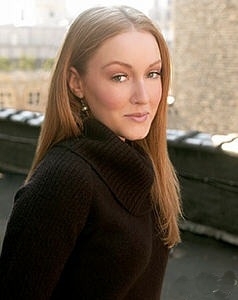 Congratulations to Jennifer Ferrin, ex-Jennifer Donovan, who is shooting a new movie in Wisconsin! Soaps.com has learned that Jennifer, along with the cast and crew of the film “Nonames”, has converged on Wisconsin to complete the shooting of the movie.

“Nonames” was written by Kathy Lindboe (you may have seen her first film, “Strangers”, in 2004). The film follows a group of Wisconsin friends as they become a family. The film is being shot on location in the Wisconsin Rapids area; so far hundreds of local residents have come around hoping to catch a glimpse of the cast and crew in action.

So far there is no release date for the independent film, which also stars James Badge Dale (ex-Chase, 24, and ex-Samson, The Black Donnellys) and Barry Corbinand.

Most recently, Jennifer has been starring in the New York production of “The 39 Steps”, which was nominated for six Tony Awards and won two! The play now has an open run at the Cort Theatre.