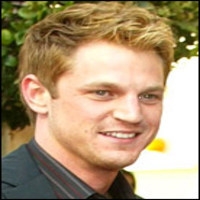 He may have been only one of many Paul Ryans (and a short-term one at that) but fans have never forgotten Scott Holroyd’s version of the character. Soaps.com thought it was high time we updated you fans on how Scott is doing post-Oakdale!

Scott has appeared on several prime time favorites such as “Ghost Whisperer”, “Without a Trace” and “CSI: Miami”. He also just finished shooting a new film called “TiMER”. Scott plays Brian. The movie is about a clock that can count down to the time when you meet your soul mate. The question is: do you really want to know that information? Or do you want to live your life without knowing your romantic destiny? JoBeth Williams, Emma Caulfield and John Patrick Amedori also star; the movie is set for release next year.

Scott big move, however, is coming up this fall. Several publications are reporting that Scott is joining the cast of “Dirty Sexy Money” this fall as Ellen’s brother. Word has it that the character isn’t going to be happy that Ellen’s husband (Patrick) is sleeping with a transsexual! Sounds pretty soapy, to me!

The show premieres on October 1, 2008; check your local listings for exact times. Soaps.com will keep you updated on the show and on Scott to give you the latest hints about his new character!

Scott played Paul Ryan from 2001 through 2003; his version of the character was quite a bit lighter than Paul is now. Paul has become dark and brooding, although Meg is trying to bring him out of that funk. With the return of James Stenbeck, though, we’re fairly sure that Paul won’t be lighting up any comedic moments or saying any funny lines in the near future.

Congratulations, Scott! Soaps.com wishes you the best of luck!

As The World Turns Weekly Blog: As...