As The World Turns Weekly Blog: As The Week Turned 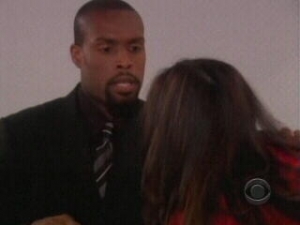 Before I really get going with this weeks rant, er, blog, I have to say I can’t believe this is already the fourth installment! It seems like I just started doing these little blurbs a couple of days ago but a whole month’s worth of storylines have come and gone already! Who knew things could go so far so fast? Okay, I shouldn’t be surprised, this is the soap opera world, but still, is it freaking anyone else out that so many storylines have wrapped and so many new ones are starting up?

The poisonings are still center stage with me, primarily because I don’t think the storyline is anywhere near finished. I don’t care (still) that Rick was arrested and is back behind bars. I don’t care that everyone is acting normally or that Chris discovered the antidote. I have a feeling there is more poison to come and I can’t wait to see how weird people act when the serum is revamped so that Chris’ antidote doesn’t work! The first time around Chris got naked from itchiness. . .from there, anything could happen! And I’m all for seeing more of Chris shirtless. Anyone else?

Take the poisonings. It seems like just yesterday Alison received the bracelet, Barbara loaned the necklace to Meg and Chris received the watch when it was really a month ago in real time – and we all know that could mean yeeeears in soapoperaland! Our favorite characters may have aged enormously and we haven’t even noticed! Okay, enough fluff, let’s get on with the recap!

One thing that is annoying me this week is the Alison/Aaron storyline. Don't get me wrong, I'm all for a love triangle, or would that be a quadrangle now that Dani's back in town? But, I want the writers to spend more time on them. For the past few months Aaron and Alison have been friendly but in a friendship-only kind of way; it was romance. I want to see that romance bloom again for both of them. I want to be invested in the fact that ****SPOILER ALERT**** Aaron is about to propose and quite likely get his heart trampled on. So far I'm not. I care about the storyline but at this point, I could root for Aaron/Alison, Alison/Chris, Dani/Aaron or Chris/Dani. It just isn't developed enough for me to care who winds up with who - and that is a faux pas that the writers need to fix. Immediately. Chop, chop, people!

Brad needs some serious parenting advice. Parenting classes. Something! I know he's new to the daddy deal (and didn't I just write about this last week?) but he's acting like a complete idiot. Everyone knows that the best way to get a teenager to defy the rules is to be a hardened disciplinarian. Think about it, Brad. When you were a kid did you do what your parents wanted or what you wanted? Yeah, I thought so. So quit acting like you can control Liberty's every move and try talking to the kid. And while you're at it, stop insulting and terrorizing Parker. You could get arrested for that if Jack ever pulled his cop hat out of his pocket.

Still on the Liberty/Parker subject, I really think the girl needs to make up her mind. She's weirded out because Parker used the "L" word yet she takes him home today and tries to jump on him? He pulls away from her so they can talk and she presses him to do more than kiss? Talk about your mixed signals! Things are not going to end well if Liberty doesn't make up her mind about what she wants, what she doesn't want and who she needs to listen to.

Plus, and I never thought I'd say this in a million years, but there is finally a competent parent on the show! Janet, who I hated in the beginning, is winning me over. A lot! She's honest with her kid, she talks to her kid and she trusts her kid to come to her with questions. She doesn't have all the answers but at least she is there to listen when Liberty wants to talk about Brad the Loon or Parker the Love Boy. Between Janet's good parenting and the leaf that Carly is trying to turn over, I have renewed faith that the next generation of Oakdaleites isn't going to be a complete and utter lost cause.

Except for Parker, who still needs therapy.

I like what Emily is up to, but I want more. She really needs to go after Paul, who really has nothing on Emily when it comes to mistakes of the heart! I did find it funny, though, she he told her off in The Intruder offices. Did you guys catch that?

Paul to Emily, "What? You ran out of men to date so you checked out cradles?"

With her refocusing on work, though, I'm left to wonder about Casey. Was he just a boy-toy that she was using to pass the time and boost her ego after Chris? Or is this something real? In the hospital during the whole poisoning storyline, I was certain that they were going to be a real, interesting May/December couple…you know, Oakdale's version of Demi and Ashton. Now I'm wondering, though.

Speaking of Paul, I like the dangerous loan shark they brought in but if they make Meg lose one more baby, I'm going to scream! The girl has been through enough! If you're going to rewrite history (Meg couldn't have kids, remember?) then at least let one good thing come out of it! And Peg spawn would be a fun addition to the Oakdale crew!

Speaking of the love train, I'm ready for more from Katie and Brad. They've been really focused on Liberty and that is interested, Brad's lack of parenting skills and all, but I want Bratie not Braterty. They need to get back to the bantering, fun loving couple we all fell in love with, not the parents-without-lives they've turned in to.

Speaking of fun loving, ****SPOILER ALERT****, Vienna's headed back to Oakdale! This can only be a good thing, especially for Henry. Is there a better silly couple than Henry and Vienna? Those two are a hoot and once she's back in town, we're going to have some long line-of-the-week segments!

What were your favorite moments of the week for Oakdale? Drop a line in the comments section and we'll keep this discussion train moving forward! Until next week. . .