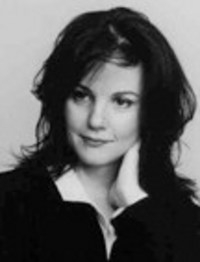 Congratulations go out today to Margaret Colin, ex-Margo Hughes! Soaps.com has learned that Margaret, along with David Rasche, ex-Rob Gardner, All My Children, will headline the play “A Body of Water” this fall! Laura Odeh also stars.

Margaret and David play a couple who wake up one morning in a strange house, not knowing who they are. From there, the play delves into the depths of human emotions as the two try to figure out who they are and what that means. Lee Blessing wrote the play; he is also the author of “Thief River”, “Going to St. Ives” and “Great Falls”.

Margaret is the second Margo to appear in this play, although at different times and in different places. Earlier this month, Ellen Dolan appeared in a production of the play in Iowa. Isn’t that funny coincidence?

“A Body of Water” opens September 30, 2008 and runs through November 9, 2008 at Primary Stages in New York. Click here for show times or to buy tickets.

Since leaving Oakdale, Margaret has appeared in several other plays, television shows and movies. Many fans remember her performance as the press secretary for the president in the Will Smith flick “Independence Day”. She also starred in “Chicago Hope” as Dr. Antonovich in the 1990s. Currently, she has a guest starring role in the CW series “Gossip Girl” and is working on several new films including “Deception” and “iMurders”.

Congratulations on your new roles, Margaret!

As The World Turns Weekly Blog: As...