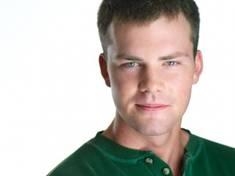 Congratulations go out today to Ryan Serhant, ex-Evan, whose pilot “Project Ghostlight” has been picked up by the New York Television Festival! Ryan’s pilot will compete in the 2008 Independent Pilot Competition along with 36 other pilots!

“Project Ghostlight” is a docu-reality series which follows actors and actresses as they investigate and explore great theatres in America. The actors talk about superstitions associated with the venues, the legends and lore and try to find any spirits left behind to “haunt” the venues. In each episode, three actors spend the night in one of the theatres, hoping to find the spirits left behind in the old spaces.

Along with Ryan, the pilot features Stephanie Carey (The Education of Max Bickford), Allie Schulz (Grease: You’re the One That I Want) and Philip Bosco, who narrates the project.

The New York Television Festival was founded in 2005 with the hope of bringing independent television to the masses. In addition to the Pilot competition, there will be panel discussions, premiere screenings and other events which honor television.

Soaps.com congratulates Ryan and the cast and crew of “Project Ghostlight”. We wish you the best of luck!