Some of you may have forgotten about Thomas Gibson, ex-Derek Mason - but we haven't! Thomas played Derek from 1988 through 1990. After leaving Oakdale, he landed for a short time in Another World's Bay City as Sam Fowler. He hit the big time with a silly little sit-com called "Dharma and Greg" and has also starred in several made for television movies. He is currently starring in the CBS hit "Criminal Minds" with ex-soaper Shemar Moore, ex-Malcolm, The Young and The Restless.

Since Tom and Margo's 25th wedding anniversary was celebrated on the show a few weeks ago, Soaps.com has received several questions from viewers wondering what happened to Margaret Colin, ex-Margo. Margaret moved from daytime dramas to nighttime when she landed the role of Dr. Karen Antonovich on "Chicago Hope" in 1994. Since then she has starred in films such as "Independence Day" and "First Daughter". She is currently starring in "Gossip Girl" and working on three films, "Deception", "iMurders" and "The Missing Person".

Everyone knows Courtney Cox as Monica Geller on the hit sit-com "Friends" but before becoming one of the world's six favorite friends, Courtney got her start as As The World Turns' Bunny! Soon after leaving Oakdale, she appeared as Lauren on "Family Ties" opposite Michael J. Fox and then moved on to films such as the "Scream" trilogy and "3000 Miles To Graceland". After "Friends", Courtney has been busy, too. She is currently starring in the cable hit "Dirt" and recently completed filming two new movies, "The Monday Before Thanksgiving" and "Bedtime Stories".

There you have it fans, you are up to date with several past Oakdale residents. If you're wondering what happened to your favorite actor, place a comment here and you're actor could be featured in the next installment! 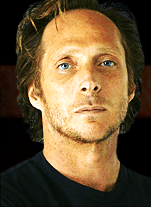 Love them or hate them, it’s a fact of life that sooner or later most soap stars move on to other avenues. Whether they leave acting altogether, head for the Broadway stage or a career in movies, we miss them. Recently, Soaps.com tracked down a few past As The World Turns stars to find out what they’ve been up to since leaving the show.

Read on for an update!

William Fichtner played Josh, Lily Walsh’s father, from 1987 through 1993. Since leaving the Oakdale, William has had a long career in Los Angeles. After a brief stint on the sit-com “Grace Under Fire”, William hit the big screen with roles in hits such as “Blades of Glory”, “Pearl Harbor” and “Armageddon”. You may have also caught him in the Sara Evans music video for “Perfect”. You can see him right now at the Box Office in “The Dark Knight” (he plays a bank manager) or catch him this fall on Season 4 of “Prison Break”. William plays Alexander Mahone on the show.

Jordana Brewster, ex-Nikki Munson, hasn’t been seen around Oakdale since 2001. But, you may have caught a few glimpses of Jordana on the big screen. Since leaving ATWT, Jordana has appeared in films such as “The Fast and The Furious” and “The Texas Chainsaw Massacre: The Beginning”. She is currently set to star in the third installment of “The Fast and The Furious” series. 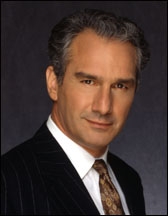 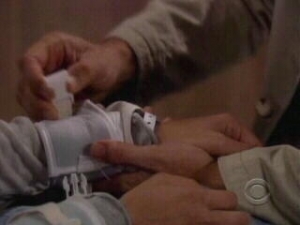