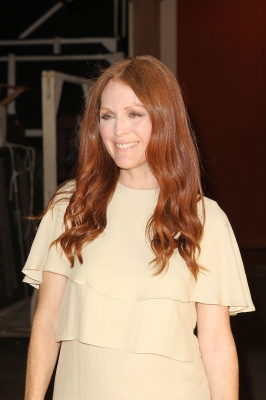 Former “As The World Turns” actress Julianne Moore, who played Frannie Hughes off and on from 1985 to 2010, has her hands in a new HBO project. Along with Todd Haynes, the network’s new project titled “Dope” will cast Julianne as a former heroin addict turned private eye. The drama based show will be set in 1950s Manhattan and is based off the Sara Gran novel.

Some of the actress’ latest credits include roles in “Crazy, Stupid, Love,” “A Child’s Garden of Poetry,” and “30 Rock.”

If you’d like a reminder of Julianne’s time in Oakdale visit the Video Promo: Flashback To Julianne Moore.