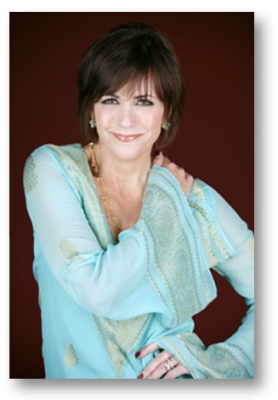 If you’re looking for something fun and sassy to do this fall, Soaps.com recommends checking up on ex-“As The World Turns” star, Colleen Zenk, (ex-Barbara Ryan) who will make her debut in her one-woman cabaret show, “Colleen Zenk: Still Sassy!”

The show will premiere at the divine Feinstein’s on October 30 and November 6 at 8.30 PM. In the show, she dishes about her 35 year-span as a Daytime soap star, her battle with Oral Cancer, and her personal life as the mother of six. The show is produced by Philip Katz/Broadway Theatrical, LLC., with music by award winning Don Rebic.

Zenk made her Broadway debut as Rosie in “Bring Back Birdie,” and has also acted in “Woman On The Ledge,” and “Annie,” in addition to being a nurse on the now defunct “Ryan’s Hope.”

Zenk, in addition to starring in her one-woman cabaret, told Soaps.com this June, “I’ve been a busy girl. I just shot a pilot called “55 and Over.” I’m doing a film in the fall.” To read more from Colleen from our interview at the 38th Annual Daytime Emmys, click here.