Over the holidays, the two kissed under the mistletoe but the camera panned away from the shot so the kiss didn't happen on-screen. During a special Valentine's Day episode, several couples were featured and all of the segments ended in a kiss - except the Luke/Noah segment. The boys only hugged.

Some fans are worried that the writers are turning away from the gay storyline, especially with the addition of Ameera, Col. Mayer's "protectee" from Iraq. Ameera arrived in Oakdale a few weeks ago with a sad story: she and her mother had been protected by The Colonel while he was stationed in Iraq. When her mother died and he left the country, Ameera was left to fend for herself. She left the war-torn country and made her way to America where she tracked down Noah. To protect her from deportation, Noah decided to marry Ameera.

How will the return of The Colonel affect the relationship between Noah and Luke and Noah and Ameera? As fans have suspected since her arrival in Oakdale, did The Colonel hire Ameera to drive a wedge between the two boys? We will have to wait and see.

Only one thing is certain at this point: the return of Colonel Winston Mayer will have a huge impact on Oakdale as we head into the summer months!

Soaps.com welcomes Daniel Hugh Kelly back to the show and we wish you the best of luck! 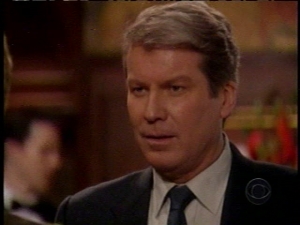 Well, Oakdale fans, it looks like more trouble could be headed for Luke and Noah! After a several-month absence, Soaps.com can confirm that Col. Winston Mayer, Noah’s father, will return to As The World Turns in a few weeks.

A show spokesperson confirmed that Daniel Hugh Kelly is returning to the role but could not give us a first airdate yet.

Colonel Mayer has been missing from Oakdale since being sent up the river for attempted murder (he tried to kill Luke last fall). Many fans have been concerned about what is going on with the Luke/Noah storyline because after their first kiss last summer the two have shared a lot of on-screen time but have shared very little romantic time. 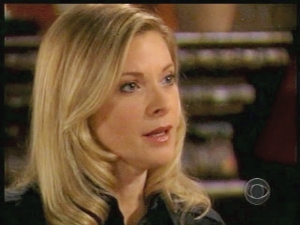