Eileen Fulton became one of daytime television's first villainesses when her character, Lisa Miller Hughes, was introduced in the 1960s. Lisa fakes a suicide to keep Grant and Joyce apart, she gave up her son while divorcing John and bribed officials to prove Lily's adoption was illegal! Lisa has had a very full life in Oakdale and even though she has come down on the wrong side of the law many times, she has been and will always be a fan favorite.

As an actress, Eileen Fulton has had much success. In addition to playing Lisa on ATWT, she has appeared television shows such as "Naked City" and in films such as "The Signs of the Cross" and "The Drum Beats Twice". She also has a very successful cabaret show, which keeps audience members coming back in New York City!

The MAC Awards will be presented on May 6, 2008 at the BB King Blues Club in Manhattan. Click here for ticket information. During the awards ceremony, MAC will celebrate it's 25 year history!

Soaps.com congratulates you, Eileen! And good luck at the awards! 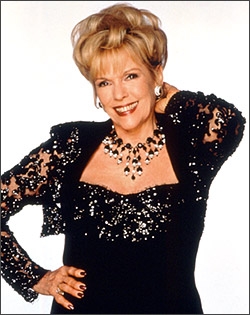 Congratulations to As The World Turns’ veteran actress Eileen Fulton. She has been nominated for a MAC Award!!

MAC is the Manhattan Association of Cabarets and Clubs; Ms. Fulton was nominated for a Female Celebrity Artist Award. The annual MAC awards recognize achievement in Cabaret, Comedy and Jazz. Eileen has her own cabaret show, which she performs often in New York. 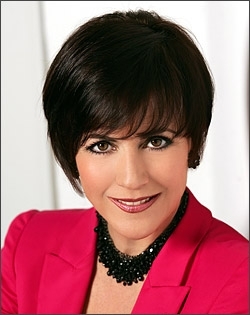