Mike was last seen in January 2007 when he left town. Mike arrived in Oakdale as a poor mechanic with dreams of being a stock car racer. He's been linked with several Oakdale ladies including Rosanna (her father kept them apart) and Jennifer (he married and divorced her) and, of course, Katie! Mike has loved Katie for a long time but she has had trouble with fidelity. Katie was married to Simon when they first met but after they broke up, Mike and Katie started an on-again, off-again romance.

Their latest break-up came about because of Katie's tell-all book "Oakdale Confidential". The book actually led to Mike's arrest because the two of them went looking for jewels he had hidden in Carly's basement and found a dead body instead. Simon returned to town soon after that and had a one-night-stand with Katie. This is when Mike decided Katie would never love him they way she loved Simon and decided to move on with his life. He left Oakdale in January 2007.

Soaps.com has learned that Mike will return in March with a new business venture and unrequited love for Katie. He is going to try to win her heart! Looks like a love triangle could be starting with Katie, Brad and Mike.

Fans, you may recognize Jon Prescott, who is taking over the role. He's appeared on several television shows including "Las Vegas", "Watch Over Me" and "CSI: NY". He also appeared in the Cameron Diaz flick "The Holiday" where he played Maggie's boyfriend!

Soaps.com welcomes Jon to ATWT and we wish you the best of luck!

Original Article
A favorite hunk from the past is returning to Oakdale next month! Soaps.com has learned that Mike Kasnoff is returning – but it won’t be the same old Mike!

Jon Prescott takes over the role, which was played by Mark Collier from 2001 through 2007. Collier left As The World Turns in 2007. Jon Prescott will be the third “Mike”, Shawn Christian originated the role in 1994; he left in 1997. 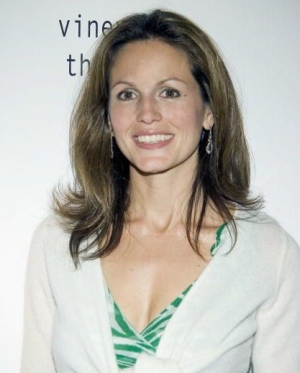